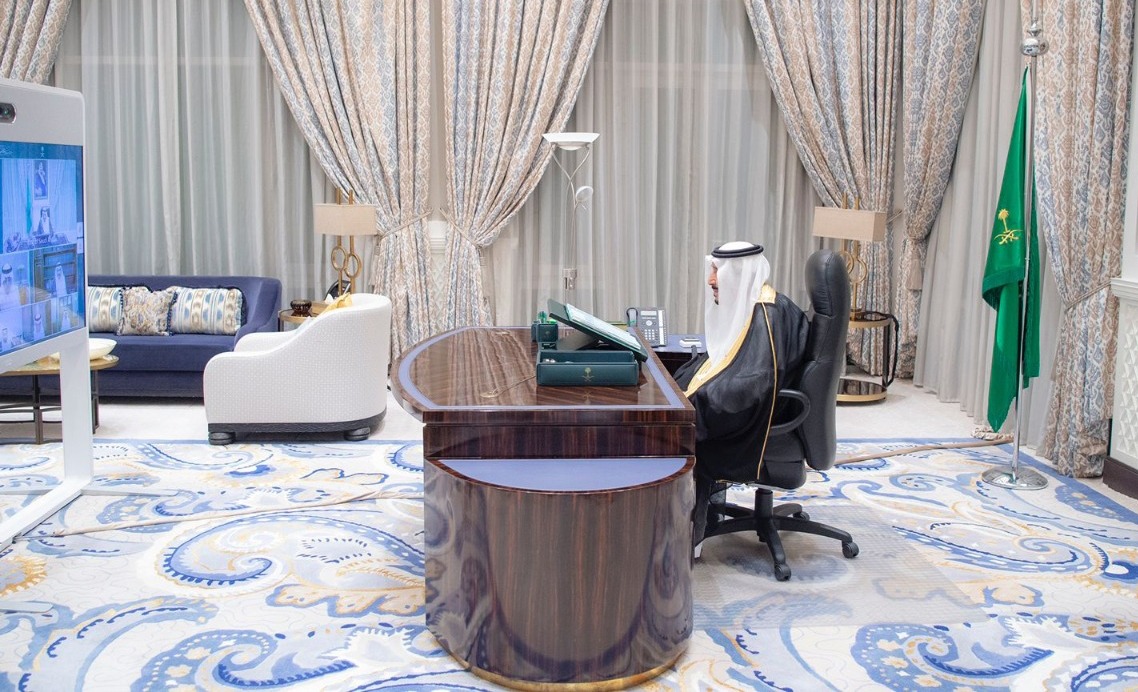 Riyadh (Debriefer) - The Saudi cabinet on Tuesday called on the international community to prevent the Iranian-backed Houthi group from resources supplying its trans-border hostile acts.
The Houthi trans-border acts undermine international efforts to reach a political comprehensive solution for Yemen, and threaten global security and peace, the Saudi council of ministers said in a statement following a virtual meeting chaired by King Salman.
Saudi Arabia continues works with the United Nations in order to bring peace to Yemen, which is a priority for the Kingdom, the statement read.
The Kingdom reserves full right to defend its security and citizens in accordance with the international humanitarian law and its conventional rules, it added.
Saudi Arabia has been leading an Arab military coalition in Yemen since 26 March 2015, in support of forces loyal to President Hadi to retake areas controlled by the Iranian-backed Houthi group.
The Houthis target Saudi territories with bomb-laden drones and ballistic missiles, "as part of legitimate response" to coalition airstrikes.