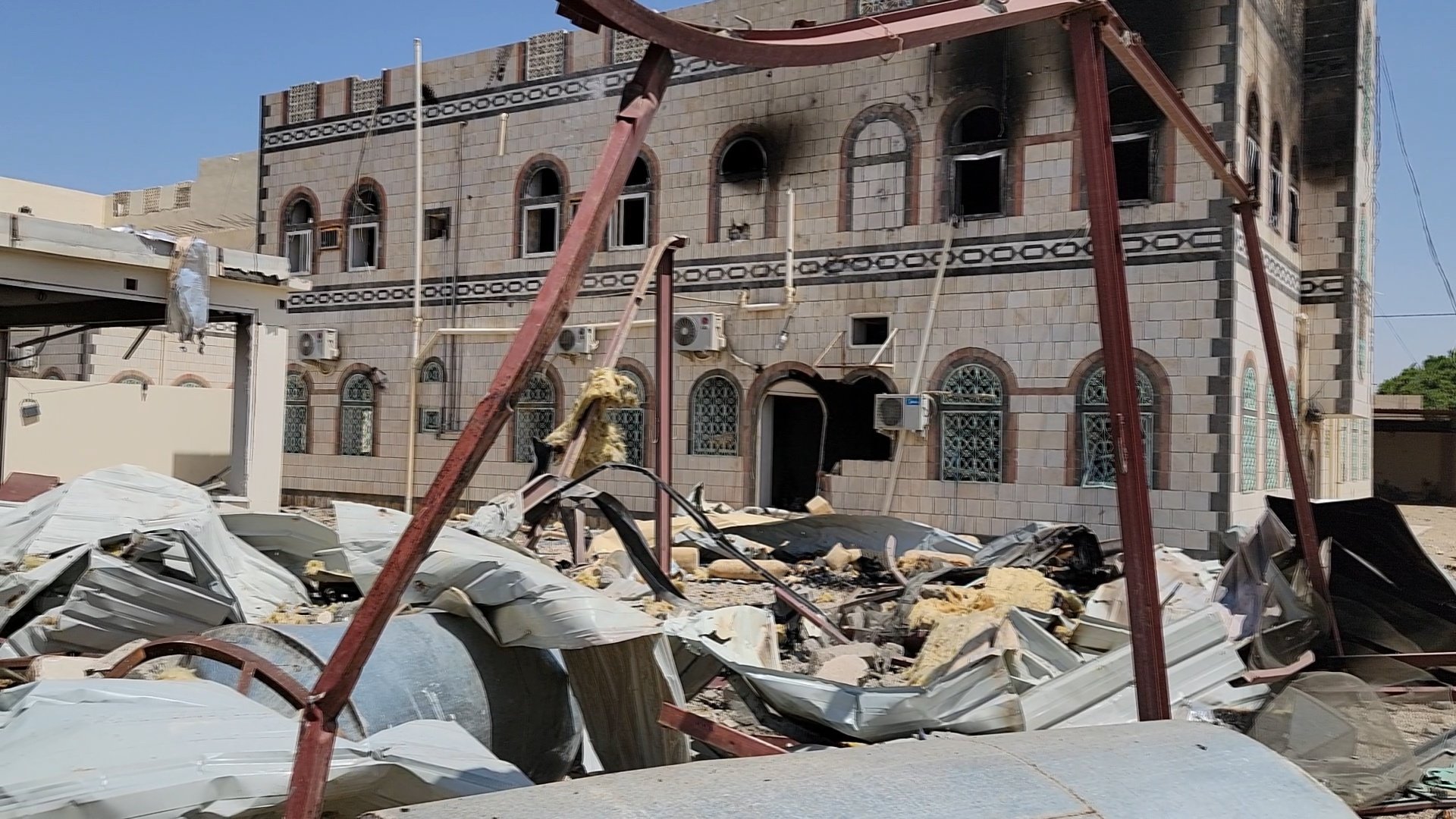 Marib (Debriefer) The Iranian-backed Houthi group on Sunday fired two ballistic missiles at the house of Marib governor in the Yemeni northeastern city, information minister in the official government tweeted late on Sunday.

"We strongly deplore the Houthis for targeting the house of Gen Sultan al-Arada with two ballistic missiles," Moammar al-Eryani said.

The bombing left serious damages to the governor's house, other houses, a hospital and a mosque in the nearby, he added.

The minister called on the international community and the UN and US special envoys for Yemen to condemn this and all other attacks targeting residential quarters and houses and IDPs camps in Marib as a war crime and blatant violation of international laws.

Activists on social media circulated a footage for Governor Arada while visiting his ruined house and vowing to continually "resist the Houthis." "Houthi attacks on civilians and inhabited neighborhoods in the [59th] anniversary of 26 September Revolution won't dissuade us from freeing Yemen," Marib governor said in the footage.

"These are the Houthi targets," he added while pointing to his destructed house. "It's not the first, and won't be the last, time they "target women and children." No immediate comment has been released by the Houthis on this charge.

Since the beginning of last February, the Houthi group intensified attacks on Marib in order to seize the oil-rich city that hosts the government's defense ministry and the country's largest electricity plant.