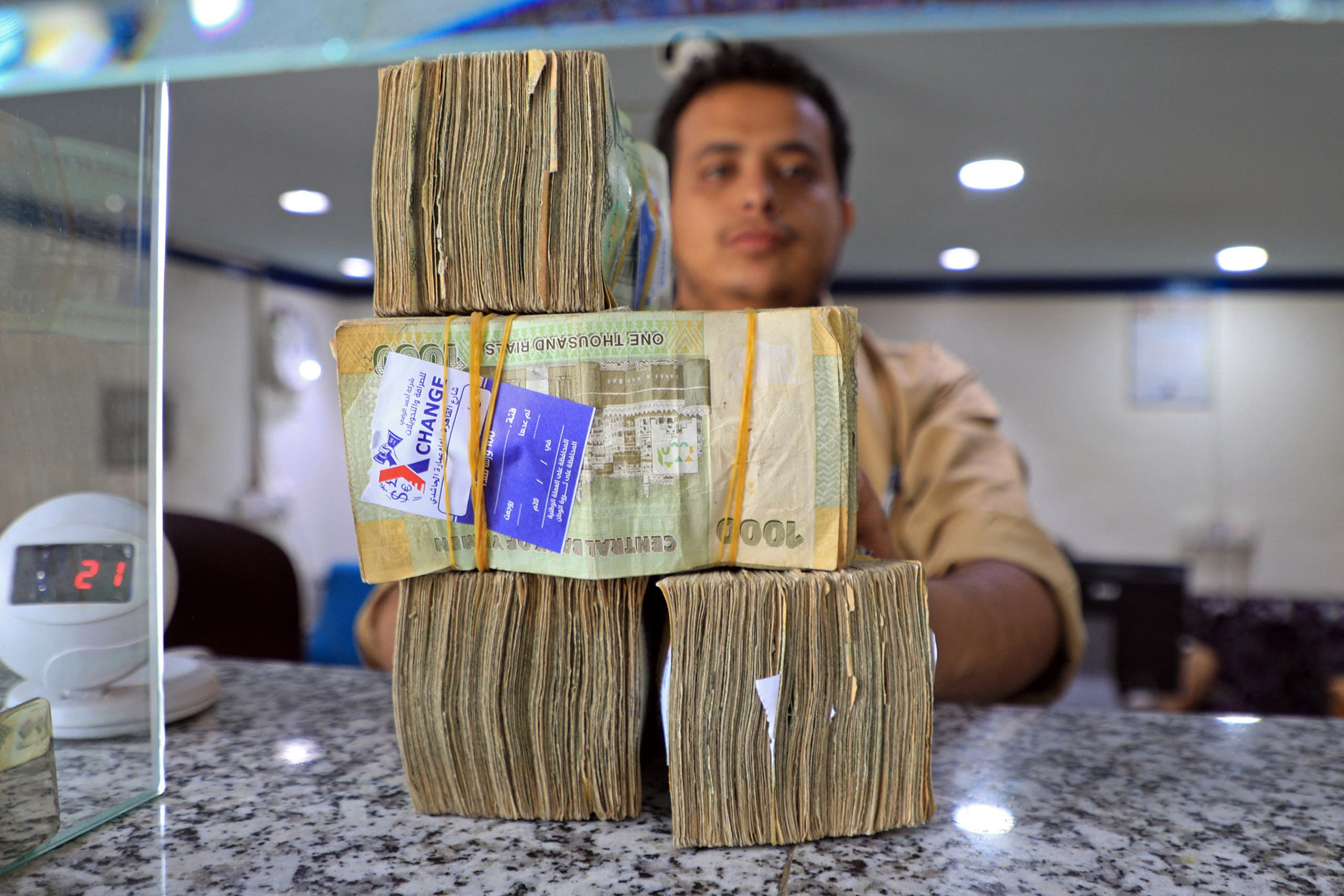 The rial has plunged to its lowest level against the US dollar in government-controlled regions. It is trading at 1,400 per US dollar, compared with 215 before the war started in 2014.

At a meeting with the leadership of the Central Bank, it approved a package of measures including rationalisation of fuel import bills and regulation of denand for foreign currency to cover imports of basic commodities, the state Saba news agency reported.

The meeting stressed the importance of combating currency speculation and smuggling operations at all ports and crossings.

The ministry for industry and trade was asked to submit to the next meeting a list of luxury goods whose import will be suspended.

A panel from the government and the bank will be formed to follow up exchange rates developments, and to propose solutions and an action plan for investing $660 million besides funds that have been recently released by foreign countries.