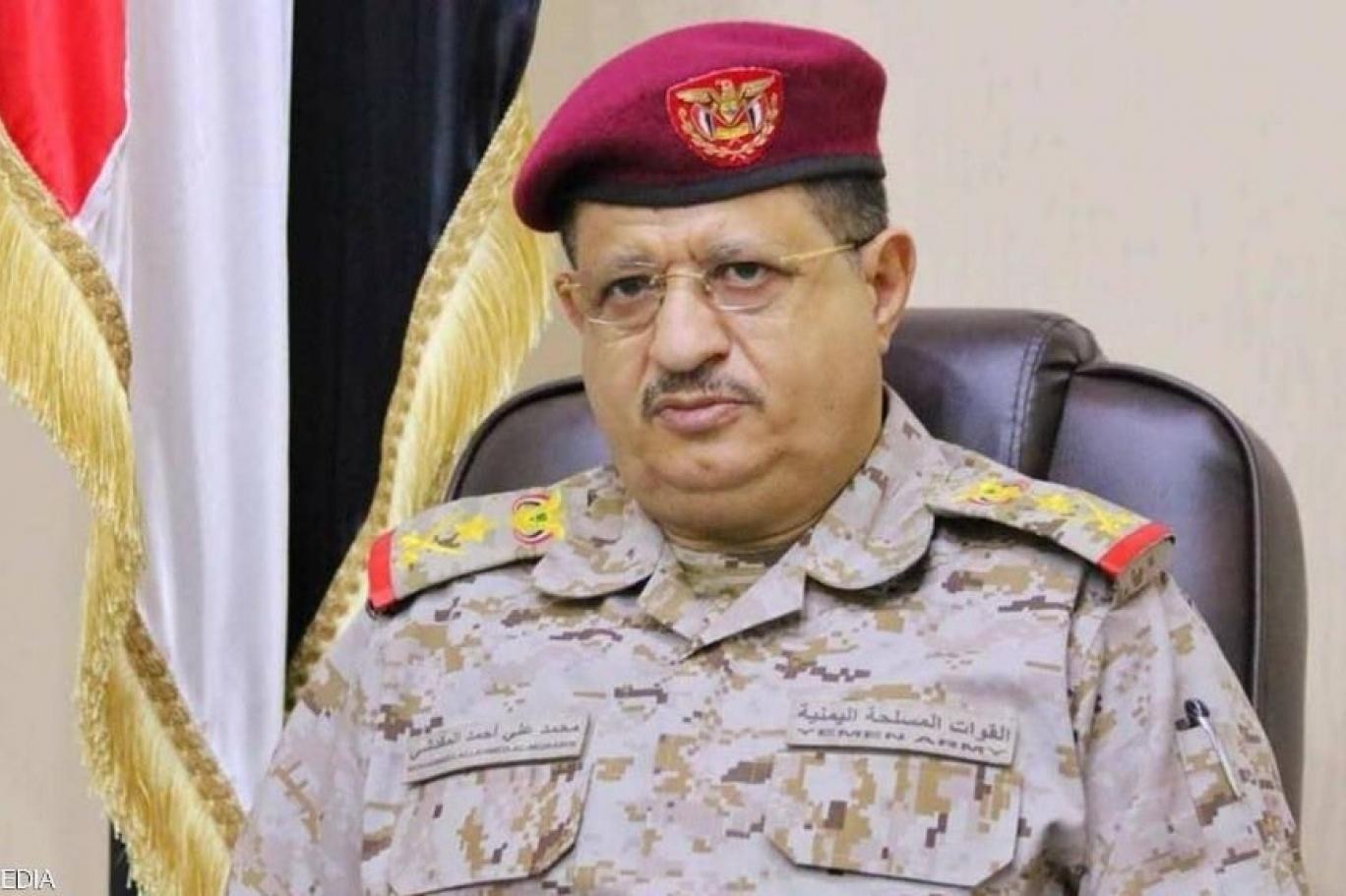 Hajjah (Debriefer) The Yemeni national army is committed to the UN-brokered truce, the defense minister said Sunday, noting that they retain the right to respond to any "Houthi breaches".
The army fights in order to end a war imposed by the Houthi group, but "we're prepared for battle if the militias insist on war," Mohamed al-Maqdashi added during his visit to military sites in Hajjah governorate.
"While it abides by the UN truce, the army retains the right to respond to Houthi persistent breaches and assaults against army sites in different fronts," he told troops, labeling the Houthis with "dastard revenge and terrorism".
"The Iranian-backed Houthi group has a subversive project based on blood and destruction."
The national army is today stronger than ever in terms of countering this Iranian-Houthi project aimed to destroy Yemen and separate it from Arab environment, the minister said.
"Our position is stronger than before, after our guns, voices and republican ranks got united," Maqdashi added.