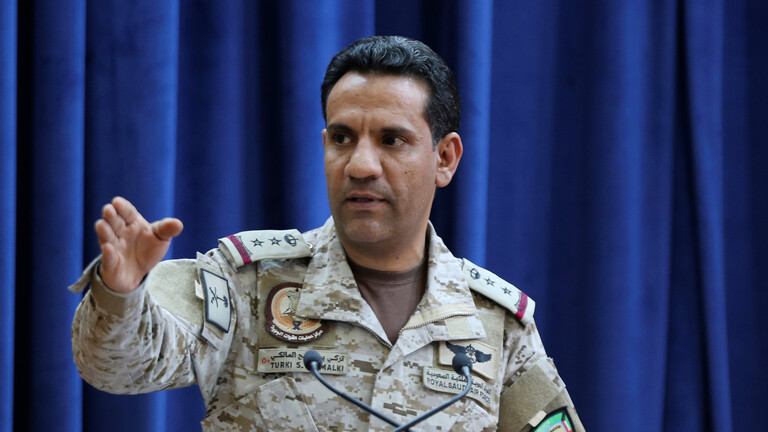 They included Mansur Al-Sa'adi, the commander of the Houthi group's naval forces, who was sanctioned by the US last year.

The hijacking of the ship represented a violation of the international humanitarian law and the San Remo Manual, the coalition's spokesperson Turki Al-Maliki said, adding that the Iran-allied Houthi group is threatening waterways, shipping lanes and international peace and security.

The ship was carrying a Saudi field hospital for the island of Socotra and was en route to Jazan port when it was seized, the coalition said.

Hasan Irlu, a member of the Islamic Revolutionary Guard Corps, was overseeing Houthi attacks against ships in the Red Sea, Al-Maliki said.

Irlu died recently after he was evacuated from Yemen where he served as Tehran's envoy to the Houthis.

The Houthis have turned Hudaydah province into a weapons factory and its ports as a harbour for receiving ballistic missiles from Iran and preparing explosives-laden boats used in attacks on vessels, he said.

We are closely watching the activities of the IRGC at Yemeni ports and the Iranian MV Saviz ship stationed in the Red Sea, he added.