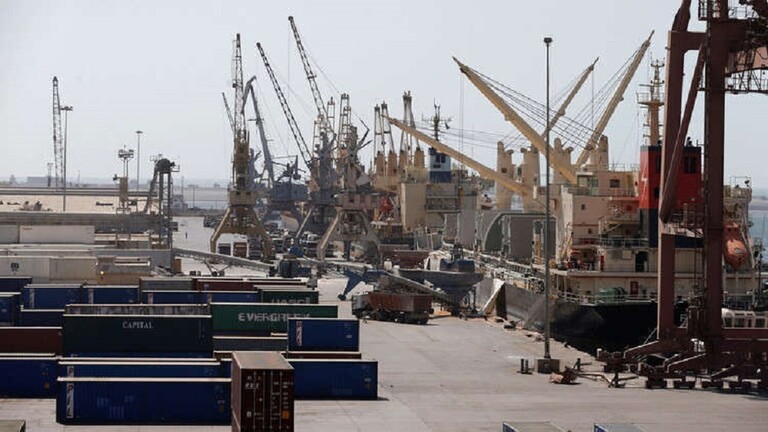 Sana'a (Debriefer) The Saudi-led coalition's spokesman has displayed footages for "Houthi military workshops" inside the Yemeni ports of Hodeida and Salif.
For the Iranian-backed Houthi group these films "are mean cinema acts that show stark failure lived by Saudi Arabia.. and farce attempts to justify targeting the Yemeni ports."
The coalition display "is fabrication that cannot amount to capacities of international intelligence bureaus," an official in the Houthi-run interior ministry told the Sana'a-based Saba on Saturday.
The Arab coalition "depended on a weak, incredible display, in a confused way incomparable to Saudi Arabia's allies," he added. The purpose is "to show Sana'a defense forces as a threat to the Red Sea.
"Saudi Arabia turned the Red Sea and Bab al-Mandeb into a battlefield through its aggression and persistent transports of arms to its militias, occupying many Yemeni islands, and targeting civilian objects and civilians along Yemeni coasts.
"Saudi Arabia and allies are the direct threat to maritime security in this vital area, because of their suspected acts," the Houthi official said.
Earlier on Saturday, the Saudi-led coalition accused the Houthi group of storing Iranian-made missiles in tunnels near Hodeida, in preparation for transporting them to Sana'a.
The Arab coalition also publicized films from "inside Houthi arming workshops in Hodeida and Salif ports."
The Houthi "piracy experienced by ships was planned by the Iranian IRGC," spokesman for the Arab coalition said at a press conference, as "Hodeida port is the main gate to receive Iranian ballistic missiles."
The Houthis launched 100 attacks using drone boats that hit more than 13 ships in the Red Sea, Turki al-Maliki added.
Once they are used for military purposes, civilian facilities become legitimate targets, the coalition official told reporters.