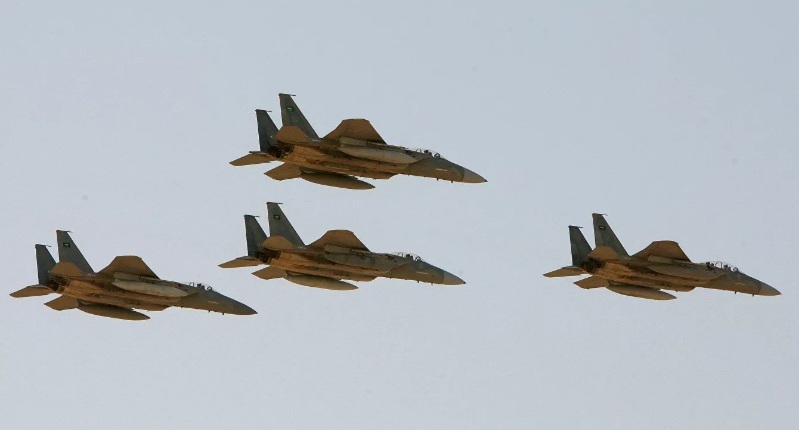 Riyadh (Debriefer) The Saudi-led coalition fighter jets on Monday carried out a series of raids targeting Houthi sites in the two Yemeni governorates of Shabwa and Marib, where government troops and supporters fight fierce battles against the Houthi group.
In the last 24 hours, coalition warplanes targeted Houthi sites and reinforces with 49 airstrikes, 11 in Marib and 38 in Shabwa, the Arab coalition said in a statement carried by the Saudi Press Agency.
At least 270 of the Iranian-backed Houthi militants were killed in the raids that damaged 36 combating vehicles, the statement said.
While the coalition does not give details on how Houthi casualties are counted, no information were available from an independent source.
These intense airstrikes come one day after Shabwa governor, Oudh al-Oulaqi, said all the governorate's districts were recaptured by government troops and Giant Brigades.
The neighboring governorate of Marib also saw similar Houthi losses on the ground.