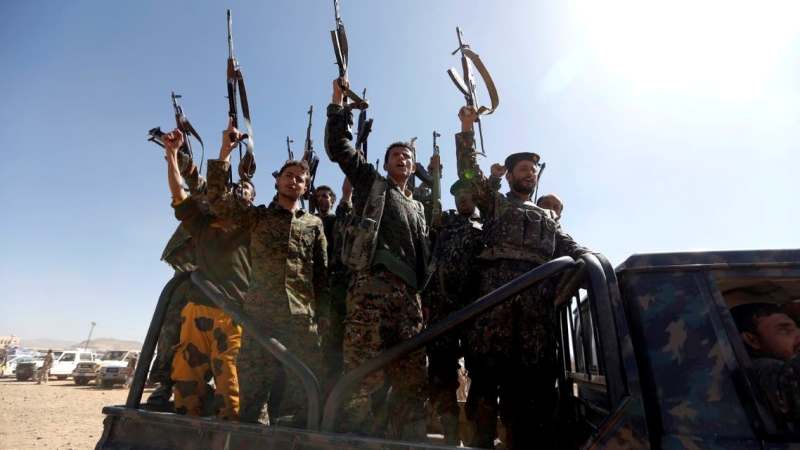 Jawf (Debriefer) Four Houthi militants were killed on Tuesday afternoon in an ambush by tribal gunmen in the Yemeni northeastern governorate of Jawf, local sources said.
The armed men intercepted a Houthi military vehicle to the west Allabinat camp east Hazm city, Jawf provincial capital, and opened fire at the vehicle, the sources added.
The ambush left four Houthi militants killed and their vehicle damaged, the sources said, as the attackers fled the scene unharmed.
While there have been no reports on the gunmen identities or motives behind their attack, no immediate statement has been released by the Houthi group on the incident.
According to tribal sources, the "ambush probably came in retaliation of arbitraries and violations committed by Houthis who are detaining oil lorries owned by tribal leaders and sent a number of tribesmen to their jails."
In the last months Jawf governorate saw clashes pitting Houthis against tribal gunmen, with local mediations usually putting an end to such rows, though tensions persist between the two parties so far.
Late last April, six Houthi fighters were killed in an attack launched by tribal armed men against a Houthi armed pickup to the east of Hazm city.