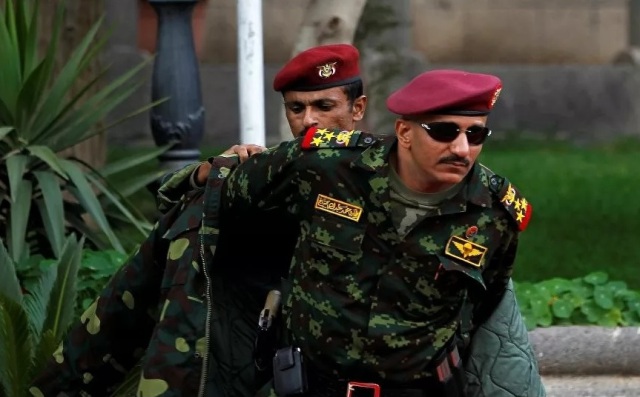 DUBAI (Debriefer)--The commander of the Guards of the Republic Brig. Gen. Tariq Saleh has ruled out the possibility of reaching true peace with the Iran-allied Houthi group.

In a statement he tweeted on Tuesday, Saleh said the group does not believe in peace and accept the others.

Peace is not impossible but using it as a tool to cheat others is not possible, he said.

"All those who talk about the Houthi readiness for peace should prove it through showing a single speech in which the leader of the Houthi group says he is obliged to the constitution of Yemen or expresses his consent of the ballot box".

The political regime in Yemen is based on pluralism and elections in which the people, not myths, are the source of power, he added.

The Guards of the Republic are part of military units formed and supported by the Saudi-led coalition which is fighting in support of Yemen's internationally recognised government.

These units are basically stationed in the Western Coast but can be redeployed to other front-lines to fight alongside the government forces.