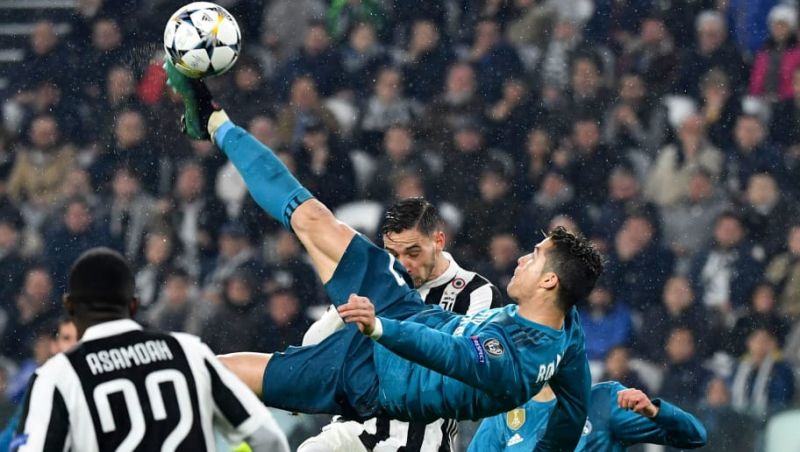 Cristiano Ronaldo’s stunning overhead kick for Real Madrid versus Juventus in the Champions League quarter-final has been voted Goal of the Season on the official UEFA website.

Ronaldo’s stunner – which came in the first leg of the tie in Turin in April – comfortably topped the poll on UEFA.com, claiming almost 200,000 of the total 346,915 votes cast.

The goal saw the Portuguese forward acrobatically convert a cross from the right flank, appearing to defy gravity as he rose with his back to goal to fire an incredible overhead kick past Juve ‘keeper Gianluigi Buffon.

The sublime strike – which was Ronaldo’s second of the night – even drew the acclaim of the Juve fans in attendance at the Allianz Stadium, as Real Madrid romped to a 3-0 win and later progressed from the tie 4-3 on aggregate.

Real went on to win the Champions League - handing Ronaldo his fifth title in the competition.

After the goal of the season announcement, Ronaldo tweeted his thanks to those who voted for him, saying he would “never forget the moment.”

The Portugal ace topped 11 nominees for the UEFA accolade, with second place going to Frenchman Dimitri Payet for his outside-of-the-foot strike for Marseille against RB Leipzig in the Europa League.

Women’s player Eva Navarro won third for a neat turn and curling shot for Spain Under-17s in the European Championship final against Germany.

Ronaldo, 33, moved to Juventus in a €100 million deal this summer – with the stunner against his new team perhaps bolstering the case for his signing.

He has played two Serie A games for the Turin giants so far this season, but is yet to open his account for his new club.