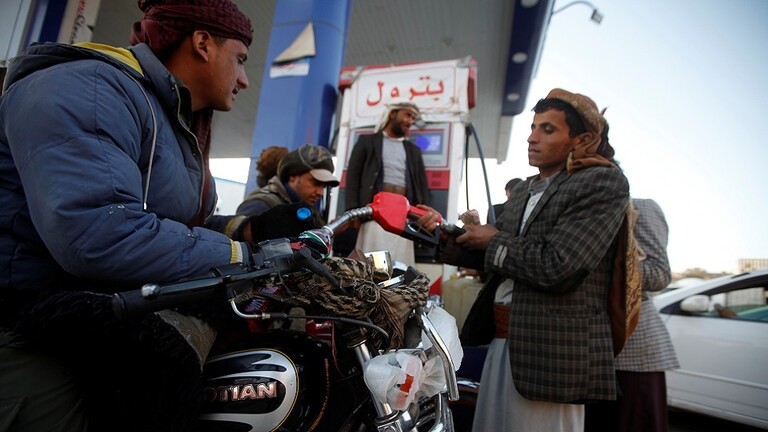 Sana'a (Debriefer) The Sana'a-based Yemeni Petroleum Company (YPC) has increased petrol prices in Houthi-held areas by 27 percent, YPC director said on Sunday, although fuel shortage came to an end in these Yemeni northern and western areas.
The price of one liter of petrol increased from 495 to 630 Yemeni rials at "government gas stations", Ammar al-Adhroie added at press conference, with an increase of 2,700 rials (about 5 dollars) in one 20-liter gallon.
He attributed the new upsurge to global increase in fuel prices, the Saudi-led coalition's detention of oil tankers, and the recent changes in exchange rates at local markets.
"The actual cost will be reviewed every ten days, given the positive changes in exchange rates," the Houthi official told reporters.
On 10 March, the Houthi-run YPC increased commercial petrol prices at private gas stations, from 560 to 800 rials per liter.
Emergency plan is now halted, Adhroie said, announcing "supply stability" instead in all Houthi-held provinces, after "two years of suffering because of aggressive coalition's piracy against oil tankers."
This announcement comes few days after many oil tankers arrived at the Houthi-held Hodeida port, in response to the UN 2-month truce that began on 2 April.