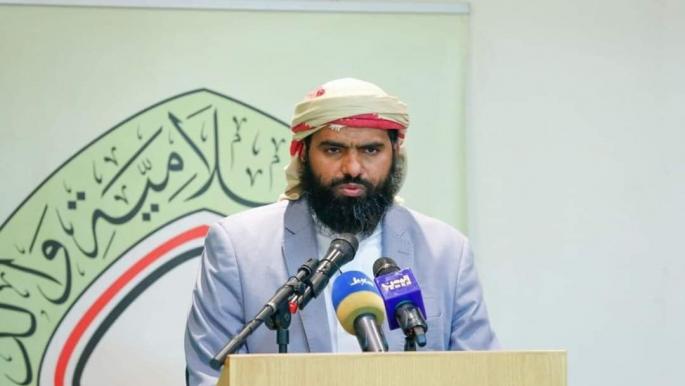 Marib (Debriefer) The Houthi group has assassinated Abdul Razzaq al-Baqma'a, a Salafist herald and a senior leader in the Yemeni Saeed Brigades recently formed with Saudi-led coalition's support, the Yemeni Islah Party in Marib said on Saturday.
In a statement, the Muslim Brotherhood-affiliated party condemned this "crime against a prominent leader of lightening and liberation as part of the State restoration battle.
"The late had a struggle role in opposing the Houthi militia and defending the State's values and republic principles in different fighting fronts.
"The hands that betrayed the people and homeland, and tore the social texture and peace, are the same hands that killed the martyr, to insist on their cruel approach to replacing peace with arms, coexistence with displacement and political rules with violence," Islah added.
The statement called on Marib security authorities to pursue the assassins and bring them to justice.
The recent terrorist acts in Abyan and Shabwa as well as the murder of al-Baqma'a are aimed to destabilize security in government-held areas and serve the Houthi group, deputy of Islah media department tweeted.
These acts benefit the Houthi group that will not stop targeting the national peace and fueling the disputes, Adnan al-Odaini added.
Dr. al-Baqma'a was found killed in his car late on Friday in al-Wadi district in Marib, with unknown gunmen blamed for the murder.
The late contributes to fighting the Houthi group and to the establishment of one of the Yemen Saeed Brigades early this year in Marib.