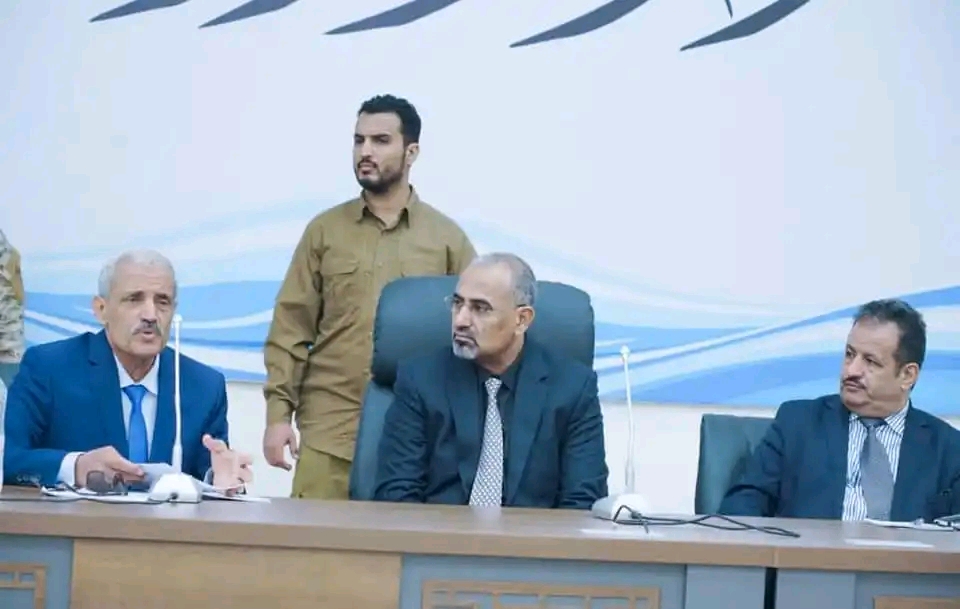 Aden (Debriefer) The supreme military and security committee, which was recently formed to integrate different units into defense and interior ministries, started on Saturday its task in Aden in the presence of Edaroos al-Zobaidi, a member of the Yemeni Leadership Council (LC).
The committee chairman, Gen Haitham Qasim Tahir, named the members of teams specialized in different military fields.
A preparatory committee will define the teams' missions and plans, and will provide them with information and documents needed to start tasks on the ground, Gen Tahir added.
The committee and its teams are expected to resolve many thorny issues in military aspect, LC member said, hailing the great efforts exerted by the committee to form these specialized teams.
Zobaidi highlighted the need to double efforts and boost discipline in the coming days, noting that the LC fully supports the committee and its teams to achieve their national missions.
The committee is aware of its exceptional mission, and will provide all the teams with suitable environment to achieve their plans as required, Gen Tahir said, praising the unlimited support provided by the LC.
Early this month, the LC decreed the formation of a military committee to reconstruct the armed forces and units and integrate them under the two ministries of defense and interior.