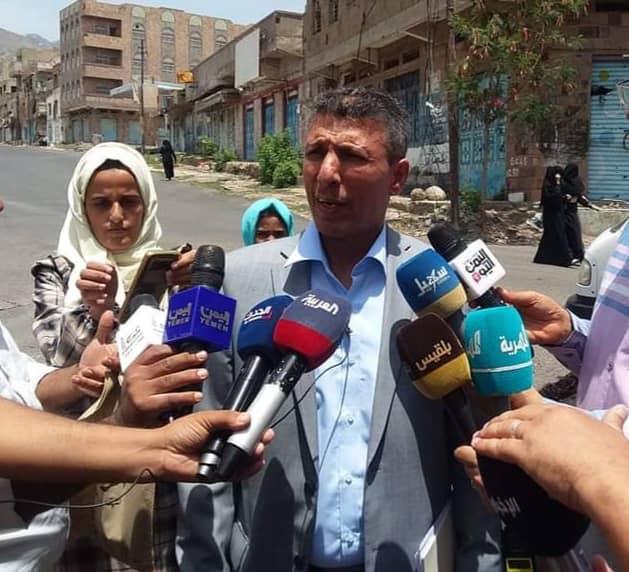 Taiz (Debriefer) Head of the Yemeni government delegation to the Amman-hosted talks on Sunday warned of a looming collapse of the UN-brokered truce, blaming the Houthi group for this prospective outcome.
The Houthi group aborted the UN proposal on reopening Taiz's blocked roads, Abdul Kareem Shaiban said, although the plan "represented the minimum demands of Taiz people."
Amman negotiations came to a deadlock, head of the delegation added at press conference, after the "Houthis obdurately rejected to deal with proposals."
While the government delegation agreed to the UN envoy proposal to reopen Taiz roads gradually, the Houthis adhered to their one-sided plan to open Aba'ar-Zailaei road, serving their military goals, Shaiban said.
The Houthis also want to open Shoraija-Karish road connecting Aden to Sana'a, which would benefit the group alone, as the part of this road leading to Taiz would remain blocked, he added.
Still, the Houthi-suggested road is rugged, and it is difficult for trucks to go through, he said. "We want to open an officially known, easy road without obstructions, in the same way as Hodeida port and Sana'a airport were opened.
"The Houthi group is deploying huge reinforcements and preparing for a battle in Taiz," the Yemeni official said, warning that the truce would fail if the Houthi obduracy persists in the absence of international pressures.