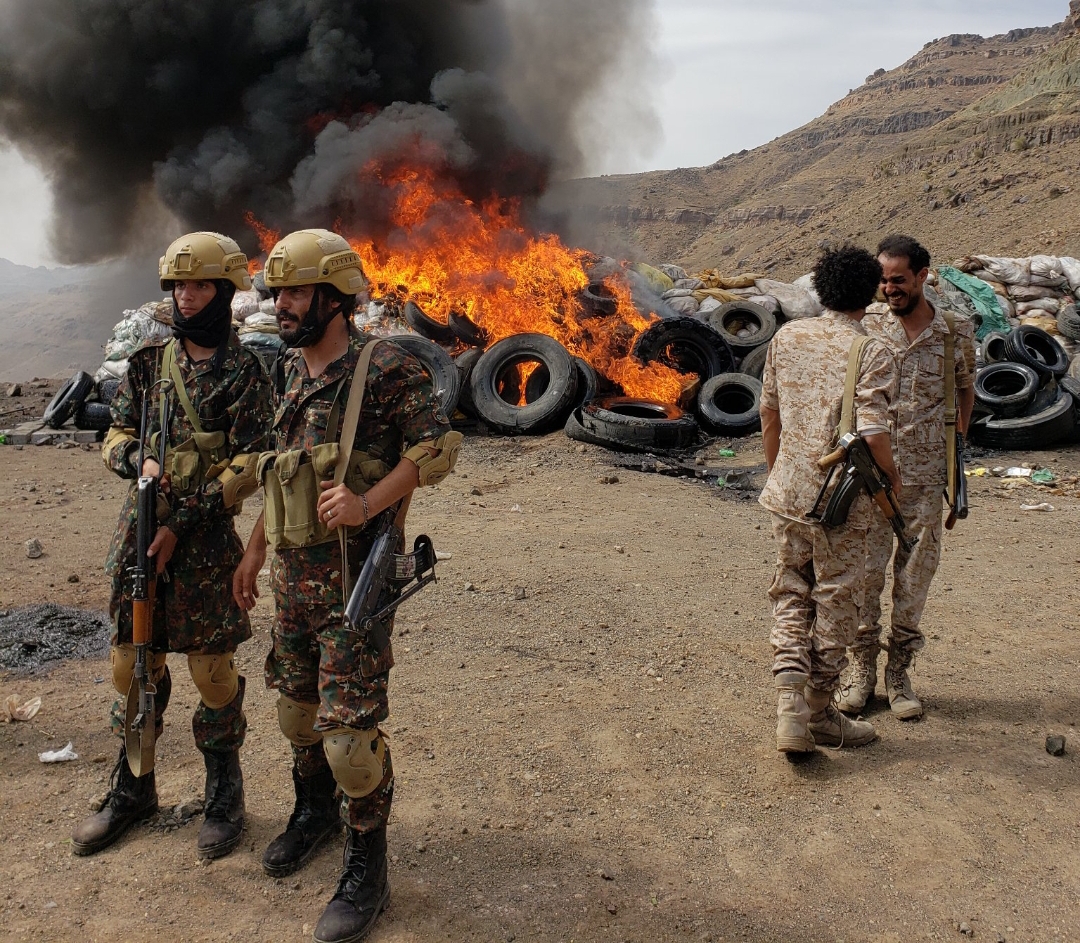 Sana'a (Debriefer) Sana'a security authorities have damaged and burnt tens of tons of hashish and other drugs in the Yemeni capital, the Houthi-run interior ministry said on Sunday.
Nearly 40 tons of hashish and 2 million pills of drugs were damaged in Sana'a outskirts, in the presence of counterdrugs officials, the ministry added in a statement.
The damaged drugs were captured throughout last years, the statement read, without details on the when or where.
Late last week, the Yemeni government interior minister accused the Houthi group of dumping Yemen with drugs and exploiting illegal revenues in funding its futile war against the Yemenis.