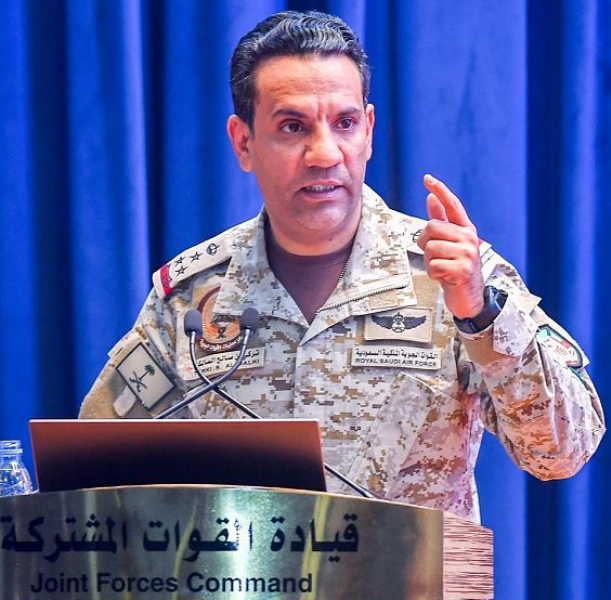 Riyadh (Debriefer) The Saudi-led Coalition on Sunday denied Houthi charges of trying to circumvent a prisoner swap deal brokered by the UN between the Yemeni government and the group last March.
The Iranian-backed Houthi group is to blame for the stalled prisoner swap, spokesman for the Coalition said, as the swap was expected to take place in the last months under a deal reached after marathon talks last March in Amman.
The Houthis are insincere and unwilling to accomplish the prisoner swap deal, Turki al-Maliki added, citing "their persistent obduracy that usually leads any negotiations or understandings with the Yemeni government to impasse.
"We offered for the Houthis to visit their prisoners, but we found no seriousness or honest will from them."
While it gives the fuel and opening of Hodeida port a high priority, due to the financial gains it obtains, the Houthi group ignores the swap and release of its prisoners, though the latter is more important from humanitarian viewpoint, he argued.
The Arab Coalition's political and military leadership pays great attention to the prisoner file, and will constantly exert efforts to release all the prisoners, Maliki said, criticizing the Houthi obstinacy that "conflicts the religious values, human principles and tribal conventions."
On Saturday, the Houthi officer in charge of prisoner file accused the Saudi-led Coalition of trying to circumvent the UN-brokered prisoner swap deal reached with the Yemeni government last March.
The Arab "Coalition forces are currently trying to release Saudi prisoners and a number of their leaders detained in Sana'a, in exchange for a group of [Houthi] prisoners, and delay the other part of the deal to later time," Abdul Kader al-Murtadha said in a press release.
Amid these traded blames, the UN special envoy for Yemen, Hans Grundberg, has kept silent.