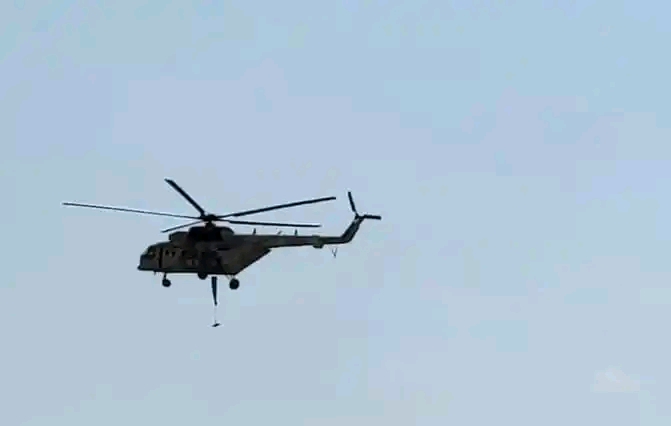 Sana'a (Debriefer) The Iranian-backed Houthi group on Monday flew some helicopters over Sana'a City, the first parade of kind since Yemen's war irrupted 8 years ago, in an attempt to convey a new message to rivals.
"Squadrons of helicopters on Monday morning hovered carrying the Republic of Yemen's national flags," 26spetember.net said.
Throughout eight years, this is the first time Sana'a City witnesses sorties of this kind, the Houthi-run website added.
The helicopters show comes as part of celebrating the Yemeni revolution, it said, as the group commemorates its overthrow of the Yemeni capital and coup against legitimate authority on the 21st of September.
Sana'a City and a number of other governorates are expected to see military parades and youth processions on these national occasions that coincide the Holy Prophet's Birthday, the website said.