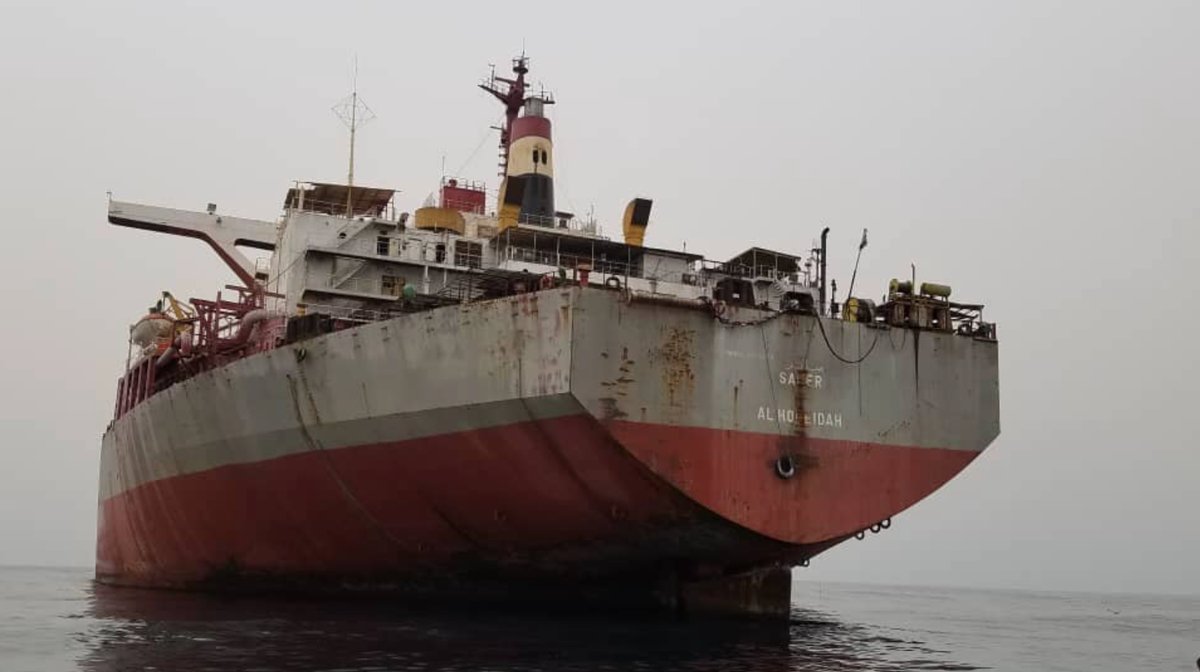 Aden (Debriefer) The Yemeni official government calls for funding to bridge the gap in the emergency plan developed by the UN to salvage the FSO facility of Safer in the Red Sea, Water and Environment Minister said on Monday, as time "is running out to prevent a looming disaster."
The oil supertanker is risking a "collapse or explosion at any time, unless urgent actions are taken to avoid a humanitarian, environmental imminent catastrophe," Tawafeeq al-Sharjabi added in a press release.
"The FSO should be urgently unloaded. This is the only available option to avoid a catastrophe that could destroy biodiversity in the Red Sea and Aden Gulf, and block a global shipping route intra-linking continents," the Yemeni minister warned.
With eroded structure and broken operating systems, the supertanker could cause long-term disasters endangering the environmental systems in countries overlooking the Red Sea and Aden Gulf, he added.
The Yemeni State-owned tanker of Safer has not been repaired since 2014, with corrosion making the FSO facility at risk of looming explosion and, thus, the Red Sea at risk of the worst environment disaster, according to UN experts.
Last April, the UN declared a US$ 144-million plan to spare the derelict tanker the trouble of explosion.
The UN so far raised nearly US$ 76 million pledged by donors, but there still 4 million urgently needed for the emergency operation that may take four months.