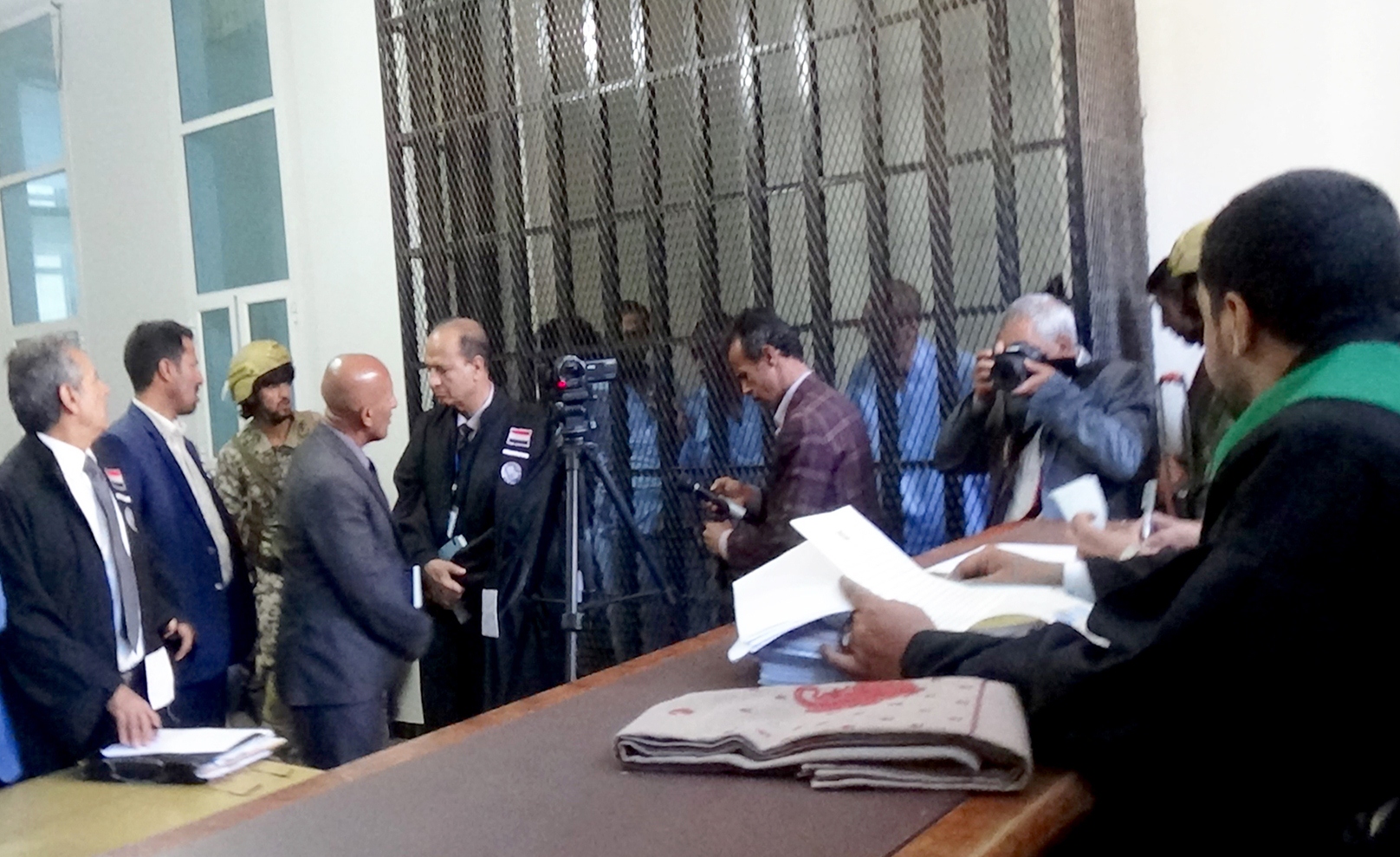 Sana'a (Debriefer) A Yemeni Sana'a City-based court on Tuesday issued a death sentence against the chief suspect for kidnapping and killing Judge Mohamed Homran.
Salah Museid Ahmed al-Hamami was sentenced to death, the Houthi defense ministry-run 26september.net said.
The second, third and fourth accused were sentenced to 25 years, and the fifth and sixth to 8 years in prison, while the others were acquitted.
Late last August, Judge Homran was abducted in his way back home after Night Prayers, after being beaten by the kidnappers who took him to unknown place.
Two days later, the Judge (63) was executed by his abductors as security forces besieged their house in Sana'a City.