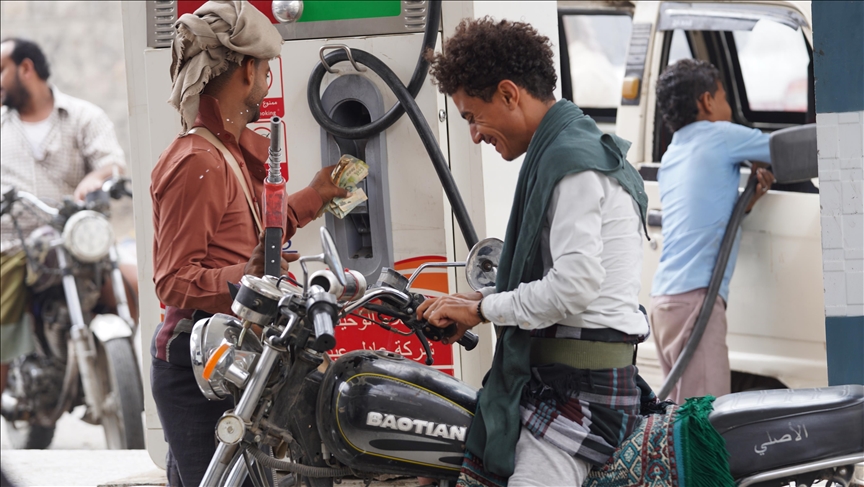 Aden (Debriefer) The Yemeni UN-recognized government on Wednesday declared a reduction in petrol price in provinces under its control, in line with the international decrease in oil prices.
One litter of petrol was reduced to 975 Yemeni rials (some 80 cents), the Aden-based Yemeni Petrol Company (YPC) said, in accordance with the global decrease.
Having arrived at Boraiqa port in Aden, a new oil cargo will be delivered at the new price to all the gas stations in local market, namely Aden and nearby provinces, the YPC added in a statement.
Last April, the YPC adopted a decrease in petrol prices; from 1,300 to 1,000 rials per one litter.