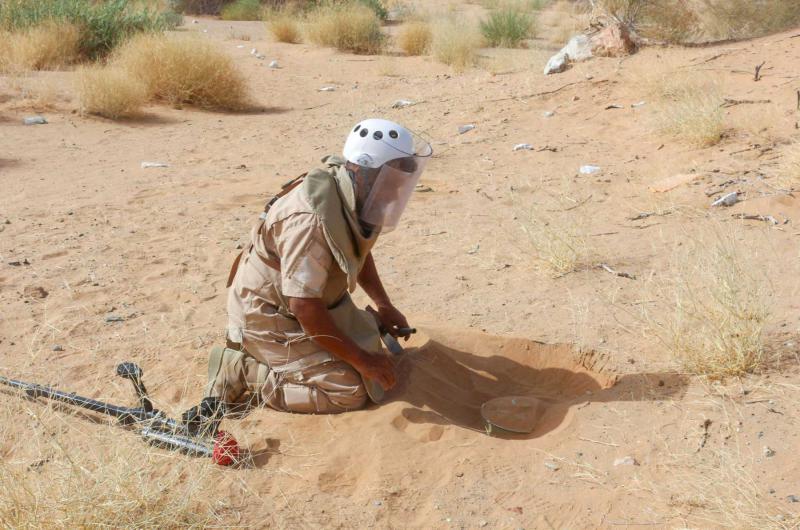 Shabwa (Debriefer) Masam has dismantled 1,242 landmines and unexploded ammunitions in many Yemeni provinces, the Saudi demining program active in Yemen said on Sunday.
Engineering teams removed 172 anti-personnel mines, 220 antitank mines, 795 unexploded ammos, and 55 explosive devices, Masam added in a statement.
Since the beginning of this November, the program defused 3,777 explosives in total, according to the statement.
With the new figure, the grand total of Houthi mines laid since the beginning of the project's work increases to 373,894 bombs in different Yemeni provinces.
Yemen has seen the largest land mining since the WWII, according to reports issued by local and international organizations, as the Iranian-backed Houthis laid over one million mines.
Mines have claimed thousands of civilian lives and maimed other tens of thousands in Yemen.
At a meeting in Geneva on Saturday, Ottawa Agreement signatories chose to extend demining support given to Yemen for more five years.
Director of the Yemeni national demining action, Ameen al-Oqaili, called on the conveners to pressure on the Houthi group into handling mine maps in order to minimize the number of civilian victims.