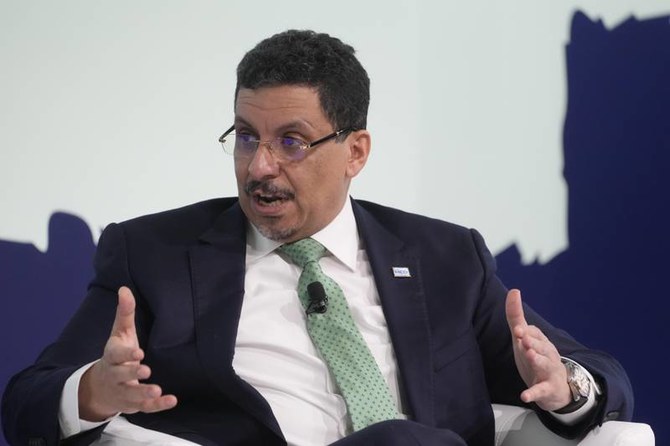 Riyadh (Debriefer) The Yemeni UN-recognized government on Sunday called on the United States to support its measures taken to apply the National Supreme Defense Council's decision designating the Houthis as a terrorist group.
At his meeting with the US ambassador to Yemen, the Yemeni foreign minister highlighted the need for international support for this decision.
The Yemeni government is following a package of measures to apply the decision (that designates the Houthis as a terrorist group) so as to curb the terrorist approach adopted by the Iranian-backed group, FM Ahmed Bin Mubarak told Ambassador Steven Fagin.
The meeting discussed the recent developments in Yemen and complications of the Houthi terrorist attacks on oil tankers and economic facilities, according to the Aden-based Saba.
The two diplomats also addressed the difficulties hindering the peace process in Yemen, amid the Houthi recent escalation and persistent threat to global trade and navigation routes in the Red Sea and Bab al-Mandeb Strait, the news agency added.
Washington condemns the Houthi attacks targeting the oil ports, the US ambassador said, reiterating his country's support for Yemen's security, stability and unity.