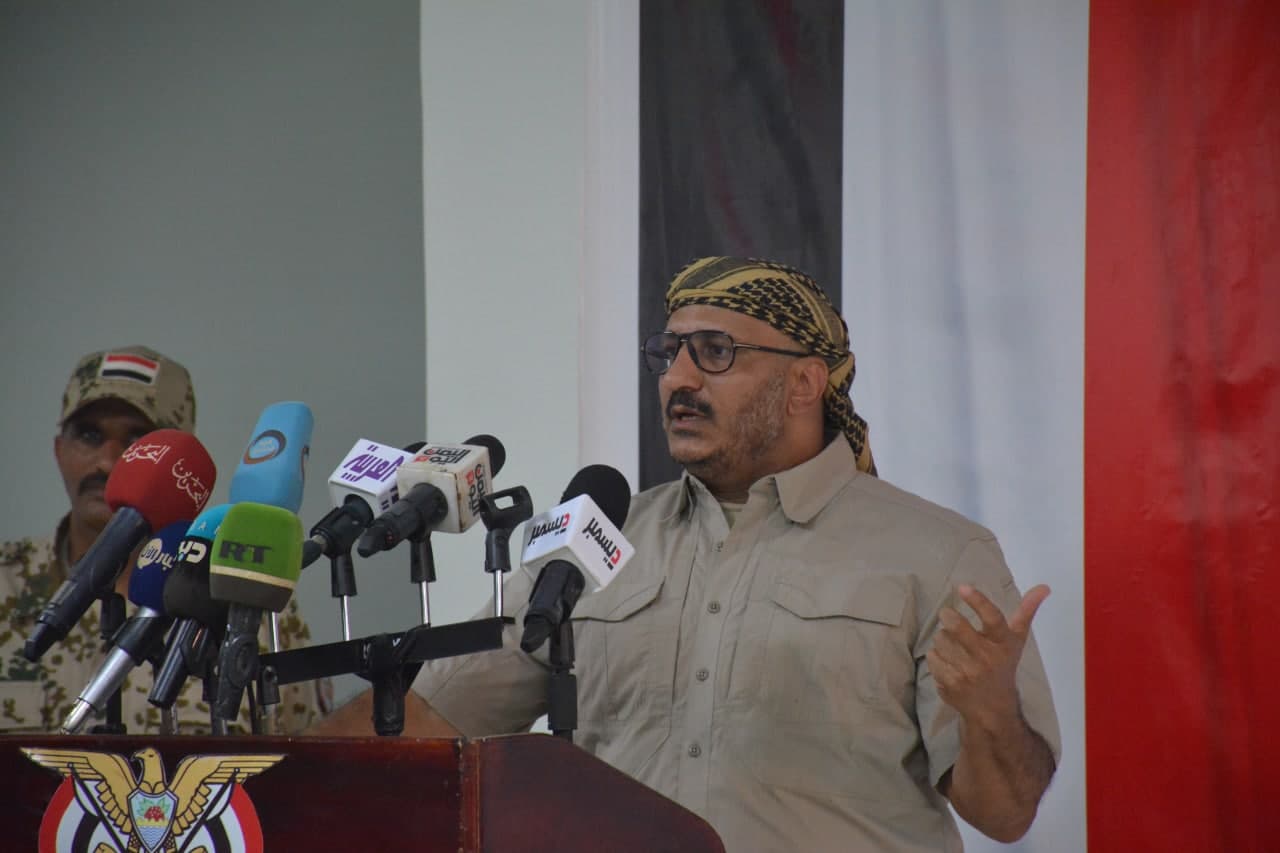 Mocha (Debriefer) Member of the Yemeni Leadership Council (LC) on Saturday vowed harsh response to the Houthis and those cooperating with the Iranian-backed group in smuggling arms and threatening global shipping routes.
"Coastal Guard forces and Joint Forces will hit hard everyone planning to work for the Houthis or cooperate with them in smuggling arms and illicit items or threatening global trade security in Bab al-Mandeb," Tariq Saleh said at a meeting with tribal and social leaders in Thubab, west Taiz.
Iran plans to abuse the area and make Bab al-Mandeb like Hormoz Strait by means of its Houthi tools that try harm global navigation security in Bab al-Mandeb, the Yemeni general said.
Saleh called on the tribal leaders to cooperate with the Joint Forces and Coastal Guard forces to fend off all the threats aimed at the area.