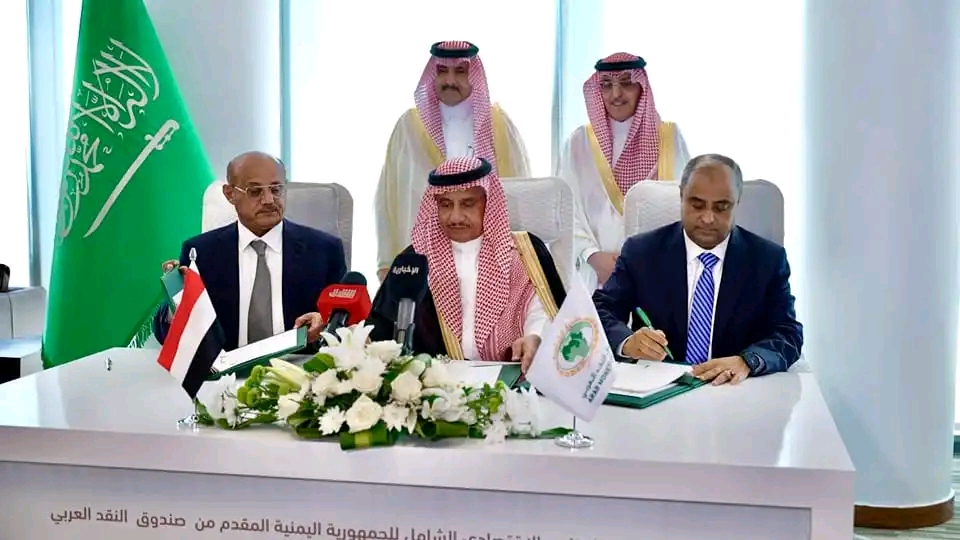 Riyadh (Debriefer) The Yemeni official government and the Arab Monetary Fund (AMF) on Sunday signed a US$-one-billion deal to support the inclusive economic, fiscal reform program in the war-torn country.
The Saudi-Emirati-backed program is aimed to establish economic, fiscal and monetary stability in Yemen, to enhance the State's foreign position and public finances, to reconstruct its institutions, and to promote its governance and transparency, the Aden-based Saba said.
Within 2022 to 2025, the program is also designed to prepare the macroeconomic environment in order to expand and diversify productivity and boost economic inclusive, sustainable growth, the news agency added.
The program has significant importance in applying the economic reforms stated in the matrix, raising and pooling the resources, and building the capacities in the ministry of finance and the Central Bank, the Yemeni minister of finance said.
It will contribute to an increase in oil and non-oil revenues, which would reflect on Yemen's whole economy and improve people's livings, Salem Bin Boraik added at a press conference after inking the deal.
Houthi terrorist attacks on Yemeni ports made the government lose many revenues, worsening the economic and fiscal situations that negatively reflects on the people, the Yemeni minister said.