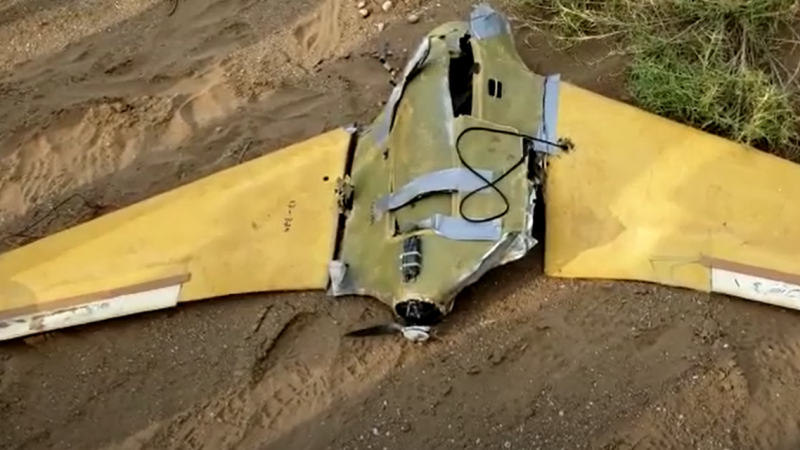 Shabwa (Debriefer) The Yemeni Joint Forces on Tuesday shot down an unmanned aerial vehicle fired by the Iranian-backed Houthi group over the oil-rich governorate of Shabwa, Giant Brigades' media center said.
The JF air defenses downed the Houthi drone before reaching its target, the center added, without further details.
No immediate comment has been released by the Houthi group on the incident.
On 9 November, the Houthis attacked Qena oil terminal using a drone, which the government said its forces shot down before targeting the port.