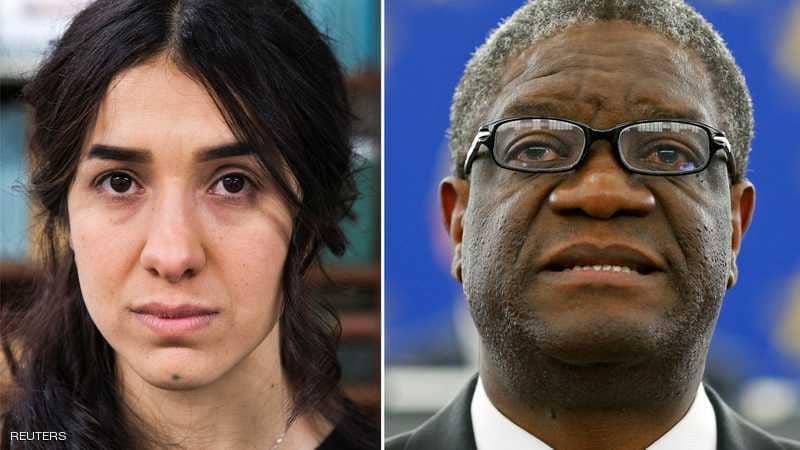 The 2018 Nobel Peace Prize was awarded to Denis Mukwege and Nadia Murad for their efforts to end the use of sexual violence as a weapon of war and armed conflict.

Mukwege, a female doctor and surgeon, has long worked for thousands of women and girls affected by rape and sexual violence in the Democratic Republic of the Congo.

Murad is a Yazidi woman from the northern Iraqi town of Sinjar, who was detained as a sex slave by a preacher, CNN was told in an interview last year. In 2016, at the age of 23, the United Nations Goodwill Ambassador was the dignity of survivors of human trafficking.

"The award winners have made a decisive contribution to focusing attention on and combating these war crimes," said Berit Rice Anderson, chair of the Norwegian Nobel Committee, where she announced the award on Friday at the Norwegian Nobel Institute in Oslo.

"Denis Mukwege is the assistant who dedicated his life to defending these victims Nadia Murad is the witness who reports on the abuses committed against herself and others.

"Each one of them helped in his own way to highlight a greater degree of sexual violence in wartime, so that perpetrators could be held responsible for their actions."

“Rape in war has been a crime for centuries. But it was a crime in the shadows. The two laureates have both shone a light on it,” Dan Smith, Director of the Stockholm International Peace Research Institute (SIPRI), told Reuters.

The prize will be presented in Oslo on Dec. 10, the anniversary of the death of Swedish industrialist Alfred Nobel, who founded the awards in his 1895 will.