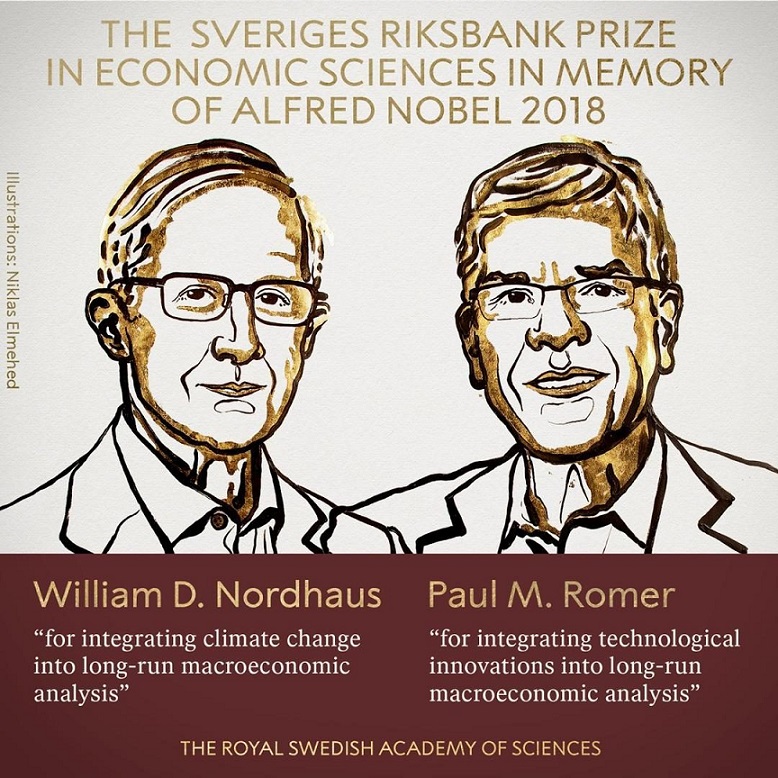 Nordhaus, of Yale University, was the first person to create a quantitative model that described the interplay between the economy and the climate, the academy said.

Romer, of New York University's Stern School of Business, has shown how economic forces govern the willingness of firms to produce new ideas and innovations, laying the foundations for a new model for development, known as endogenous growth theory.

"Their findings have significantly broadened the scope of economic analysis by constructing models that explain how the market economy interacts with nature and knowledge," the academy said in statement.

Worth 9 million Swedish crowns ($1 million), the economics prize was established in 1968. It was not part of the original group of five awards set out in Swedish industrialist Alfred Nobel's 1895 will.

"This year's Laureates do not deliver conclusive answers, but their findings have brought us considerably closer to answering the question of how we can achieve sustained and sustainable global economic growth," the Academy said.

The Nobel prizes for physiology or medicine, physics, chemistry and peace were awarded last week.

This year's awards have stood out for two reasons. Proceedings have been overshadowed by the absence of the literature prize, postponed to give the Swedish Academy time to restore public trust after a sexual assault scandal.

Three women have been awarded Nobel prizes, an unusually large number for a single year.