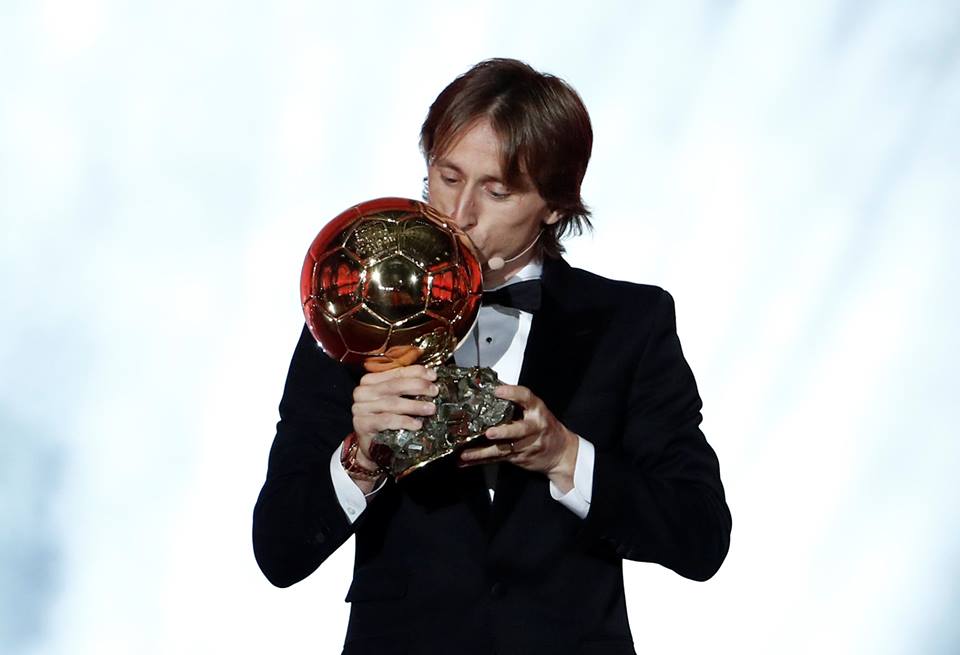 Modric was the favorite to scoop the award, after being named FIFA Best Men's Player in September, beating competition from Cristiano Ronaldo and Mohamed Salah.

At Monday night’s plush ceremony in Paris, France, hosted by former French international David Ginola, Modric won perhaps the more prestigious Ballon d'Or, being plucked from a list of 30 of the world's elite players to be effectively named the best player in the world. Ronaldo was voted second with Antoine Griezmann came third.

French wonder kid Kylian Mbappe was awarded the Trophee Kopa for the best player under 21 years of age, having scored one of France's four goals against Modric's Croatia in the Russia 2018 final to become world champion.

Mbappe, still aged only 19, was given the first-ever Trophee Kopa, named after France legend Raymond Kopa and voted for by former Ballon d'Or winners.

The first ever winner of the Ballon d'Or for a female player was Olympique Lyonnais and Norway striker Ada Hegerberg.