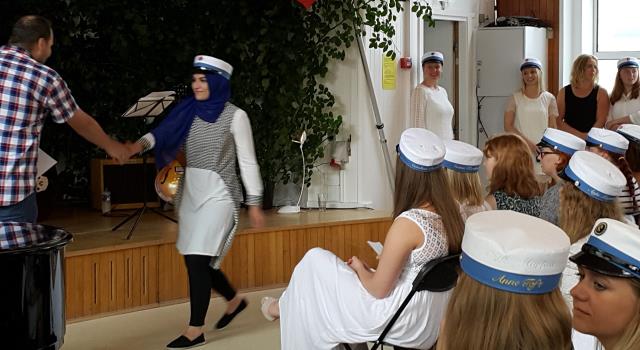 Denmark joined several other European nations by passing a controversial law which requires new immigrants to shake hands during their naturalization ceremonies. The new law means that as part of the ceremony a new citizen will have to shake hands with an official.

Denmark is not alone. Authorities in France and Switzerland have recently cited “lack of assimilation” in rejection of citizenship to foreigners who refuse to shake hands with officials.

The move is seen as directly targeting Muslims who avoid physical contact with the opposite sex. Critics say the new legislation targets Muslims, who may be reluctant to touch members of the opposite sex for religious reasons.

Martin Henriksen, a lawmaker who has been critical of Islam and is the right-wing Danish People’s Party’s spokesman on immigration said“If you arrive in Denmark, where it’s custom to shake hands when you greet, if you don’t do it it’s disrespectful, If one can’t do something that simple and straightforward, there’s no reason to become a Danish citizen.”

But some of the mayors who are expected to take part in the ceremonies have complained that the new law signed on Thursday uses them against the people.