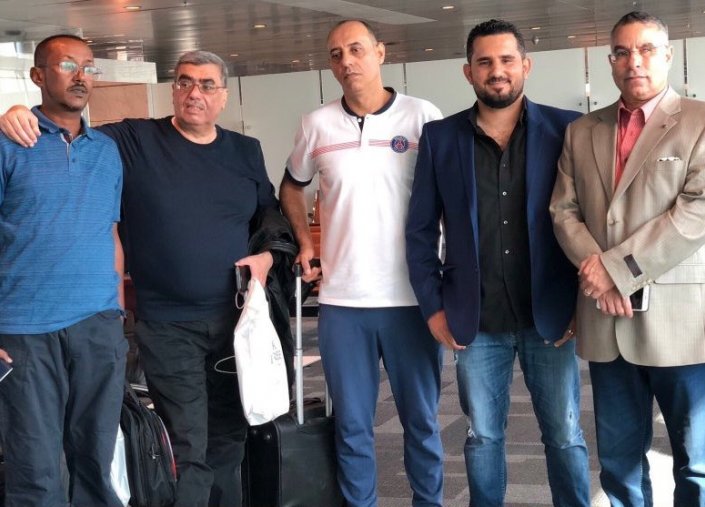 The UAE authorities have banned five-member Qatari media delegation from entering the UAE to cover the 2019 Asian Cup on the eve of the tournament, despite having obtained AIPS-Asia approval as well as entry visas to the UAE.

The Qatar Sports Press Committee deplores in press release, seen by "Debriefer" news agency, such acts that affect the freedom of the media and contradict the statements made by UAE officials in various media, including "welcoming media delegations", it is deeply concerned about the persistence of the UAE security services to restrict representatives and journalists from Qatari sports media from engagement with any sports events held in UAE, in a clear violation of press freedom.

"Given the increasing global calls for the protection of journalists to enable them to perform their professional duties, the Committee calls on all international organizations, institutions and bodies related to human rights in general and sports journalism in particular to stand against the actions of the UAE authorities against the representatives of the Qatari media, and denounce such actions that violate human rights and the freedom of the media.", the press release reads.

The Committee also expresses, in the real press, to FIFA and AFC its intense protest at these flagrant violations of the tournament regulations and laws, considered as a serious precedent in the world of sports competitions, and calls upon relevant bodies to open a comprehensive investigation into what has happened and led to the exclusion and return of representatives of the Qatari sports media to Doha.

According the real press, the Committee will soon provide a detailed report on the shocking human rights violations the Qatari delegation was exposed to at the hands of UAE security authorities.