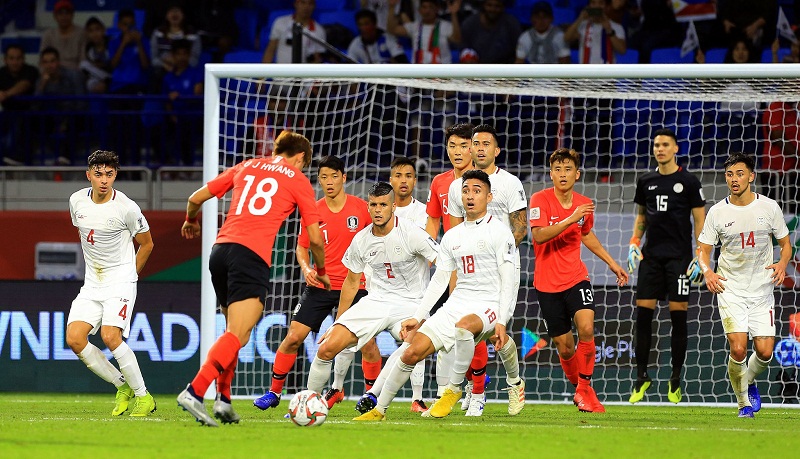 Paulo Bento's side were without Tottenham star Son Heung-min and they clearly missed their talisman against a well-organised Philippines, but South Korea's higher class eventually told in the second period.

Unfancied Philippines – playing their first ever game in the competition – certainly held their own in the first half, but after half-time they came unstuck, as Hwang ensured South Korea avoided a shock of any sort.

The first period was generally devoid of excitement before bursting into life in the final five minutes.

South Korea went close first, when Hwang turned just inside the area and saw a low drive saved by Michael Falkesgaard, before Javier Patino's sweetly struck volley on the break forced Kim Seung-gyu into action at the other end.

Hwang tested Falkesgaard again soon after, and although the ball squirmed through the goalkeeper's legs, the contact was enough to divert it away from goal.

Bento's men remained in the ascendancy after the break, but Philippines' threat on the counter was obvious and they nearly took a shock lead in the 53rd minute, only for Patino to produce a feeble finish at the end of a swift move.