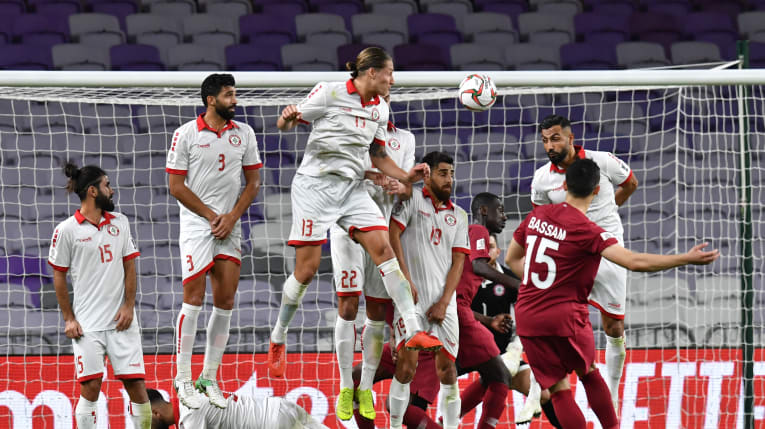 Qatar beat Lebanon 2-0 in their Asian Cup opener thanks to a brilliant Bassam Al Rawi free-kick and a late Almoez Ali strike.

Lebanon had a goal ruled out in the first half, with Al Rawi's superb strike then setting up victory for the 2022 World Cup hosts, who sealed all three Group E points when Ali tucked in a rebound with 11 minutes left.

Miodrag Radulovic's Lebanon will hope for a more positive outcome when they face Saudi Arabia at the weekend, when North Korea are Qatar's next opponents.

Qatar were on top in the opening exchanges but Lebanon seemingly took the lead against the run of play in the 36th minute, only for the goal to be disallowed.

A Hassan Maatouk right-wing corner came through to Ali Hamam at the back post and he tucked away a neat first-time finish, but referee Ma Ning had spotted a foul in the box.

And Qatar - who have now scored four of their last six Asian Cup goals from free-kicks - nudged ahead in the 65th minute with the game's first moment of real quality.

A foul by Maatouk 20 yards out handed Al Rawi a chance to fire a free-kick at goal and his powerful effort beat the wall and had far too much pace for goalkeeper Mehdi Khalil.

And with Lebanon pushing for an equaliser, Qatar found a decisive late second goal when Ali was on hand to turn home the rebound after Al Sheeb's save from Abdelaziz Hatim.