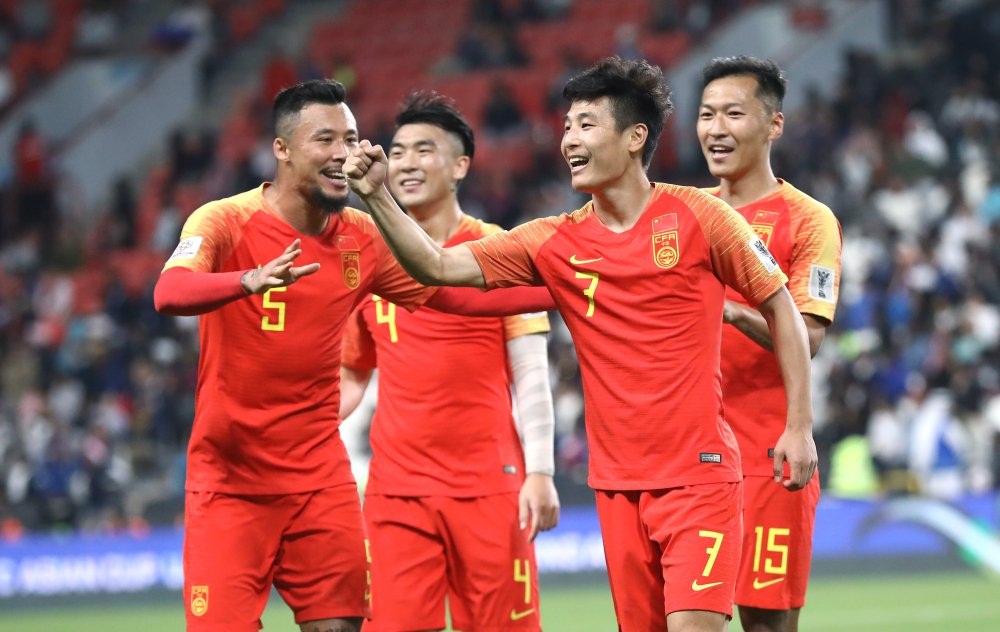 China PR all but qualified for the knockout phase of the AFC Asian Cup UAE 2019 on Friday as they overcame a resilient Philippines to secure a vital 3-0 win.

Two goals from the ever-impressive Wu Lei and a late strike from Yu Dabao saw the East Asians maintain their position at the top of Group C, with the result ensuring that Marcello Lippi’s charges cannot finish any lower than third, regardless of what happens in the group’s remaining games.

While China virtually sealed their progress, the Philippines, following their second successive group stage defeat, now need a win in their final match against Kyrgyz Republic to remain in contention for a place in the Round of 16 as one of the best third-placed finishers.

Rarely given a moment to settle by their tenacious opponents, China initially struggled to fully impose themselves on the game, with Philippines goalkeeper Michael Falkesgaard comfortably gathering long-range efforts from Hao Junmin and Zhao Xuri inside the first 10 minutes.

Clearly emboldened by their bright start, the Philippines threatened to break the deadlock themselves in the 23rd minute when neat approach play saw Patrick Reichelt and John Patrick Strauss combine to set-up Javier Patiño whose goalbound effort was blocked by defender Feng Xiaoting.

However, after Wu Xi had flashed a header narrowly wide, China went ahead on 40 minutes, Wu Lei receiving Hao’s pass and finishing with aplomb from 12 yards past Falkesgaard.

In the final moments of a lively first half, China custodian Yan Junling produced a fine save to deny Kevin Ingreso and maintain his side’s slender advantage.

China were quickly into their stride after the break, as Wu Lei’s angled volley forced Falkesgaard into a stunning save, before the Shanghai SIPG star bagged his second of the game with a consummate finish from Hao’s 66th minute free-kick.

Falkesgaard then pulled off another stop to deny Wu Lei once again, only for Yu Dabao to add a third and round off the scoring for China in the 80th minute when he made the most of hesitant Philippines defending from a corner to head home only moments after coming on a substitute.

China are set to complete their group stage campaign against regional rivals Korea Republic on Wednesday, while the Philippines will face Kyrgyz Republic on the same day in Dubai.