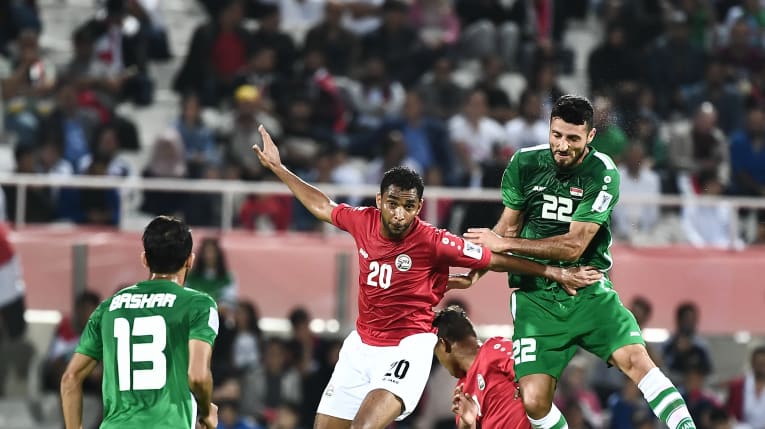 Iraq notched up their second win in Group D on Saturday to book their place in the last 16 of the 2019 Asian Cup.

After last week's 3-2 thriller against Vietnam, Iraq were back among the goals again to dispatch Yemen 3-0 at the Sharjah Stadium.

The dominant Iraq display was in stark contrast to their opening match against Vietnam, in which they had to twice come from behind to beat the Suzuki Cup champions.

This time around, they stamped their authority over Yemen from the onset, finding the net twice in the first 19 minutes.

Kadhim stole the ball off Yemeni midfielder Ahmed Al Haifi before rounding a couple of defenders for a right-footed finish from outside the area for a lead on 11 minutes.

Bashar added a second eight minutes later with a shot from outside the area that deflected off Ahmed Al Sarori, hitting the post before settling in the net.

Iraq meet Iran, who beat Vietnam 2-0 in the earlier game in Abu Dhabi, at Al Maktoum Stadium in Dubai on Wednesday to decide who wins Group D.