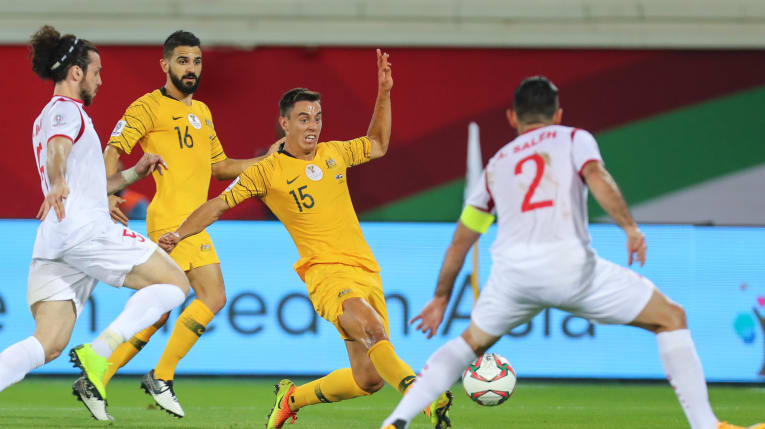 A last-minute strike by midfielder Tomas Rogic Tuesday secured Australia a place in the Asian Cup's second phase by beating Syria 3-2 in their last group stage contest, alongside Jordan who qualified as the Group B winner after a 0-0 tie vs Palestine.

The win ensured Australia Group B's second spot with six points, one point behind leader Jordan, while Syria's participation in the 2019 Asian Cup came to an end finishing last in Group B with just one point.

Palestine, meanwhile, held the third spot with two points, and is to wait and see the results of the remaining group-stage last-round matches.

Four third-placed teams with the highest scores across all six groups in the competition will also proceed into the next round.