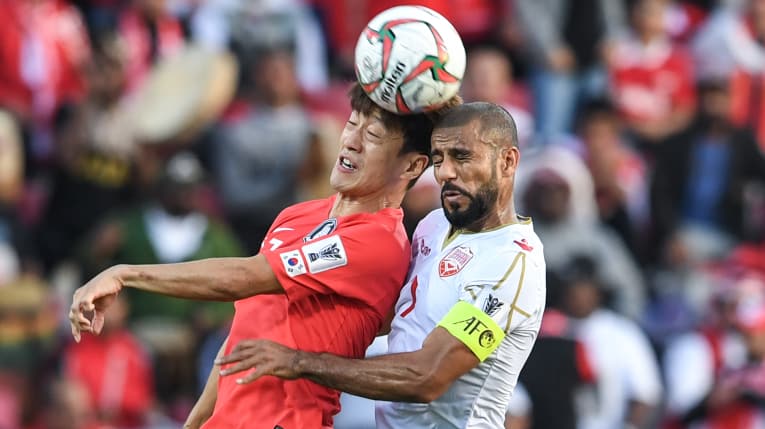 Tottenham will be without Son Heung-min for a while longer after the midfielder helped South Korea reach the quarterfinals of the Asian Cup.

South Korea, which finished runner-up in 2015, is one of the tournament favorites but needed extra time to beat Bahrain 2-1 in the round of 16 on Tuesday.

Substitute Kim Jin-Su scored his first international goal right at the end of the first period of extra time to send South Korea through.

The defender, who had only come on 10 minutes earlier, netted with a diving header at the far post following Lee Yong's cross.

Lee had also set up South Korea's first goal with another cross after being picked out by a threaded pass from Son. Bahrain goalkeeper Sayed Shubbar Alawi managed to push out the cross but it went straight to Hwang Hee-chan, who slotted it home.

Bahrain became the first team to score against South Korea in the tournament when it leveled 13 minutes from time.

Hong Chul managed to clear Mahdi Alhumaidan's attempt off the line but Mohamed Saad Alromaihi slammed in the rebound.

Bahrain's task grew harder when Alawi was injured toward the end of regular time. The goalkeeper attempted to carry on but eventually had to be replaced by Abdulkarim Fardan, who had never played a competitive international match.

South Korea will next face either Qatar or Iraq, who play each other later for the last remaining quarterfinal spot.