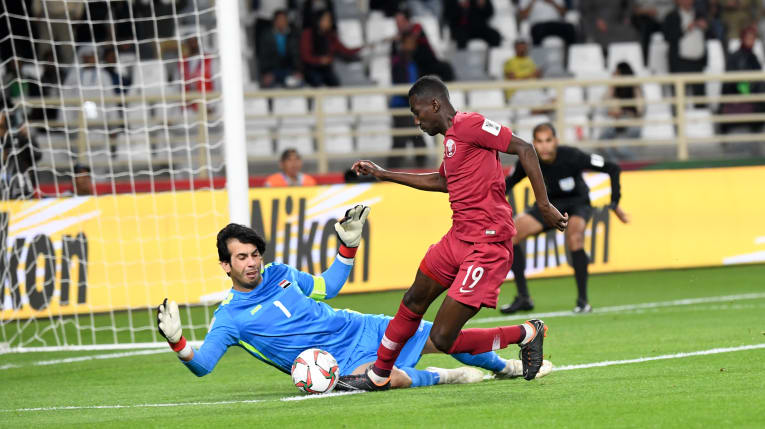 Bassam Al Rawi hit a brilliant free-kick as Qatar beat Iraq 1-0 at Al Nahyan Stadium to qualify for the quarter-finals of the Asian Cup.

Al Rawi was on target in scoring a set piece against Lebanon in Qatar's opening game of the tournament and he came up trumps again for Felix Sanchez's side on Tuesday.

Qatar, set to host the next World Cup in 2022, will now face South Korea in the last eight while 2007 Asian Cup champions Iraq are out.

Abdelkarim Hassan, who will miss the quarter-final through suspension, hit the crossbar with a powerful early effort before Qatar had a pair of penalty appeals rejected.

Iraq were then dealt a blow when Humam Tariq Faraj went down hurt off the ball and had to be carried from the field on a stretcher.

A cross from Qatar's Hassan deflected on to the outside of the post moments before half-time and chances were hard to come by for both sides after the break before Al Rawi settled matters.

Akram Hassan Afif won a free-kick 25 yards out in the 62nd minute and Al Rawi stepped up to curl his strike beyond both the wall and the dive of Iraq goalkeeper Jalal Hassan Hachim.

Qatar had never won a knockout game at the Asian Cup before but, with Iraq further depleted by injuries to substitute Ali Hisny Faisal and Alaa Ali Mhawi, Sanchez's men held on to reach the quarters.