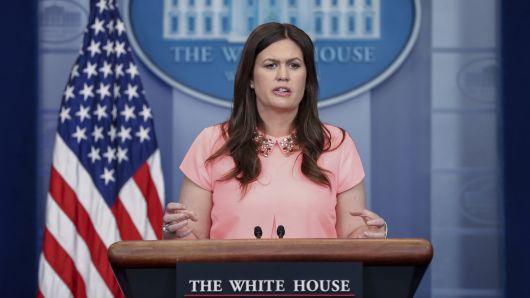 White House Press Secretary Sarah Sanders on Wednesday (Feb 13) told Fox News that US President Donald Trump is weighing different possibilities on how to treat the looming Mar 1 deadline to reach a trade deal with China, adding that the final agreement depends on Trump and Chinese President Xi Jinping meeting in person.

The United States would escalate tariffs on Chinese goods if the deadline is missed, and likely prompt the Asian nation to retaliate. But in recent days, Trump has signaled flexibility on that date as a US delegation works this week with Beijing to come to an agreement, saying on Tuesday he might let it "slide" a little.

US tariffs on US$200 billion worth of imports from China are scheduled to rise to 25 per cent from 10 per cent if the two sides cannot reach a deal by a Mar 1 deadline, increasing pain and costs in sectors from consumer electronics to agriculture.

Sanders also said that reaching an agreement to end the trade war between the two economic superpowers would take an in-person meeting with Trump and Xi, adding that Trump's Mar-a-Lago retreat in Palm Beach, Florida, would make a good venue for such a talk.

Earlier on Wednesday, Treasury Secretary Steven Mnuchin told reporters in Beijing that talks were going well. He arrived in the Chinese capital on Tuesday along with US Trade Representative Robert Lighthizer.