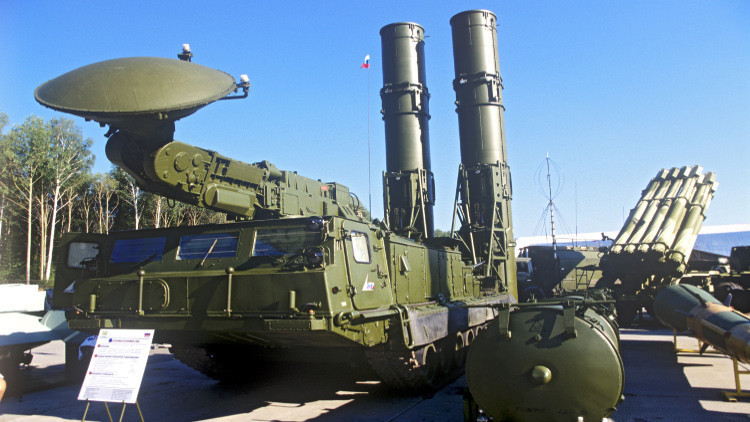 Turkey's push to buy the S-400s has further strained already tense relations with the United States, which has repeatedly warned Ankara of the risks, including sanctions, as a result of the purchase, AFP said.

US officials have called Turkey's plan to purchase the S-400 "deeply problematic," saying it would risk Ankara's partnership in the joint strike fighter F-35 programme because it would compromise the jets, which are made by Lockheed Martin, Reuters reported.

Still, Erdogan said in Istanbul: "There is absolutely no question of taking a step back from the S-400s purchase. That is a done deal."

He told an audience of young people asking questions: "There will be joint production of the S-500 after the S-400."

Ties between Nato allies Turkey and the US have frayed over multiple issues, including American support for a Syrian Kurdish militia viewed as terrorists by Ankara and the US failure to extradite a Muslim preacher whom Erdogan blames for a 2016 coup attempt.

Washington says the deal with Moscow is a threat to Western defence and in April suspended deliveries of the F-35 stealth fighter jet to Turkey in a bid to halt the purchase.

Turkish pilots are in the US receiving training on the F-35s. Turkey was expected to buy 100 of the jets, but the US may refuse to deliver them over Turkey's S-400 deal with Russia.

The chairmen and ranking members of the US Senate armed services and foreign relations committees last month wrote an op-ed in the New York Times saying the US was asking Turkey to choose between F-35s and S-400s.

"By the end of the year, Turkey will have either F-35 advanced fighter aircraft on its soil or a Russian S-400 surface-to-air missile defence system. It will not have both," they wrote.

“Purchasing the S-400 would create an unacceptable risk because its radar system could enable the Russian military to figure out how the F-35 operates."

Still, Erdogan insisted that "sooner or later" Turkey would receive the F-35 jets.

"They [the US] are passing the ball around in the midfield now, showing some reluctance. But sooner or later, we will receive the F-35s. Not delivering them is not an option," Erdogan said.

He also said Turkey had conducted technical studies amid US concerns over the compatibility of the S-400s and the F-35s but found there were no issues.

Despite the threat of sanctions, Erdogan repeated that the S-400s were expected to be delivered in July, "but this could be brought forward," he added.