Expected to continue to next year 2020 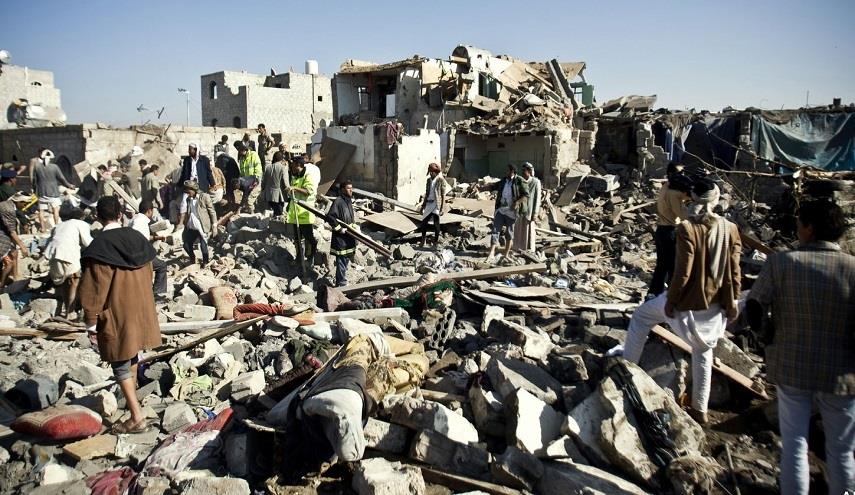 Nabeel A. Khoury who served as deputy head of mission at the US Embassy in Yemen during the period 2004-2007, said in an article in "The Hill" entitled "A Yemen-based US foreign policy and return to international moral leadership: "the Yemen war is still raging in 2020 (and current indications are not encouraging that it won’t be), a new administration must commit to ending it post-haste.

He said: "The first step would begin with a White House declaration that this is the top priority for U.S. foreign policy."

"This team would be empowered to deal with the national, regional and international aspects of the Yemen conflict, since the problem has long ceased to be a mere internal struggle for power. This team should not supplant, but rather complement, what the UN envoy is doing.", the official said.

Since the beginning of the war, the US has backed the coalition bombing campaign with logistic, intelligence and, until recently, midair refueling support for aircraft.

US drones also sporadically strike sites thought to be of Al-Qaeda and ISIS groups in Yemen.

American diplomat Nabeel Khoury, who currently works for Hariri's Middle East Center for the Atlantic, said in his article that the core of a durable peace in Yemen gets back to the issue of settling the domestic struggle for power that ensued upon the removal of the Saleh regime following the uprising of 2011, pointing out that A power sharing agreement with a fair distribution of wealth among the regions of Yemen has always been the logical way out — such a formal agreement between the main factions was never fully agreed to despite the two years of a national dialogue sponsored by the first UN envoy, Jamal Benomar.

He added: " It must be revived once the guns fall silent and Yemen’s talented youth, currently dispersed all over the world, must be brought in to put their expertise and their hopes for a better future for their country to good use."

Regarding Houthis group he said: "Herein lies the opportunity with Iran, where a diplomatic approach could convince them to lean on the Houthis to accept a reasonable plan for peace."

He added: "True, it is Hezbollah that supplies the technical expertise and strategic advice most influential with the Houthis, but this is done in total agreement and coordination with Iran."

He considered that "This would not be done in a vacuum, but rather within the context of a broader easing of tensions on a host of regional issues."

Khoury confirms that american diplomacy to ease the cold war between Tehran and Riyadh, along with a return to the nuclear agreement (JCPOA) would be an excellent jumping off point for reaching a peace deal in Yemen.

He said: "If a future administration in the U.S. can make all that happen, with aggressive diplomacy and well-targeted use of its resources, it will have truly merited a return to international moral leadership."

President Trump vetoed a Congressional resolution calling for the US support for coalition in Yemen to end.