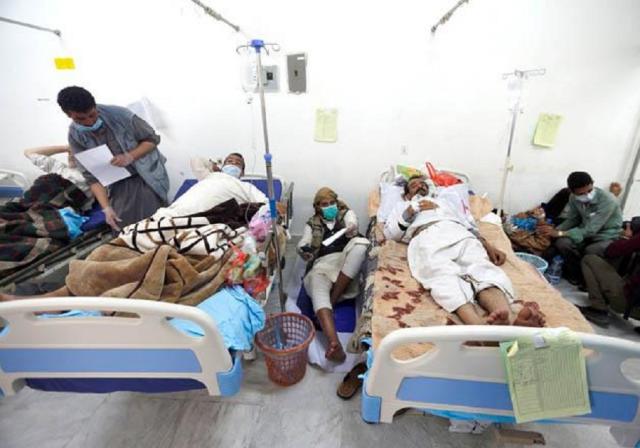 The Houthi-run ministry of health said Saturday 92-95% of equipment at health centers and hospitals are out of date or order following the 4-year war in the impoverished country, portending of unprecedented human catastrophe.

Based on survey, conducted by the ministry as of December last year, a plan has been developed to list equipment and life-saving medicine required for health sector to provide the minimum of services, said the ministry in a statement carried by the Sana'a-based Saba.

A list of those needs has been sent to the World Health Organization, UNICEF, ICRC and other international groups, but no actual response has been received from those organizations despite promises.

Yemen has been racked by a 4-year bloody conflicttriggering what the UN calls the world's worst humanitarian crisis, with most of the population in need for a type of humanitarian aid and immediate protection, including 14 million people risking famine and some 1.8 million children suffering malnutrition.

Hunger has spread following the proxy war between Saudi-backed government and Iran-backed rebels.

The "crime committed Thursday by Saudi-led aggression coalition in Sana'a .. and previous crimes elsewhere have contributed to furthering the catastrophic health situation in Yemen," the statement claimed.

Staff dropouts are in the rise, because of the delayed payment of monthly incentives, the ministry added noting that postponed response by international groups results in partial or ample disabilities suffered by victims of strikes.

The statement called on the UN and other groups to honor their obligations through swift responses and provision of requirements already asked for and incentives for staff.

The ministry held UN and other groups legally and morally responsible for any negligence or delay in response to its claims.

On 23 January, the WHO warned of health system's looming collapse in Yemen as a result of the 4-year war.

At time, WHO tweeted that Yemen's health system witnessed severe shortage in basic medicines and medical supplies, noting that it continued, with WB generous aid, supporting government hospitals across Yemen.

Mid-December, the organization said 45 percent of Yemen's health facilities were out of service, because of war, and that 22 million Yemenis were in desperate need for food.

UN and other humanitarian and relief groups recently warned that millions of Yemenis facing the world's worst starvation, with some 20 million people on the brink of a conflict-resultant famine.

International organizations have recently voiced warnings and fears of a fourth wave of the "world worst outbreak of cholera" in Yemen with the early arrival of the rainy seasonand breakdown of basic services including lifesaving water systems.

On May 11, the WHO said cholera-associated deaths had increased to 572 cases since the beginning of this year.

There were 296,494 cases of suspected cholera between 1 January and 10 May, said medical sources at the organization.

Cholera this time has spread in all Yemeni governorates, added the sources, amid UN warnings that 60 percent of diarrhea treatment centers could be closed in case of delayed payment of donors' pledges.