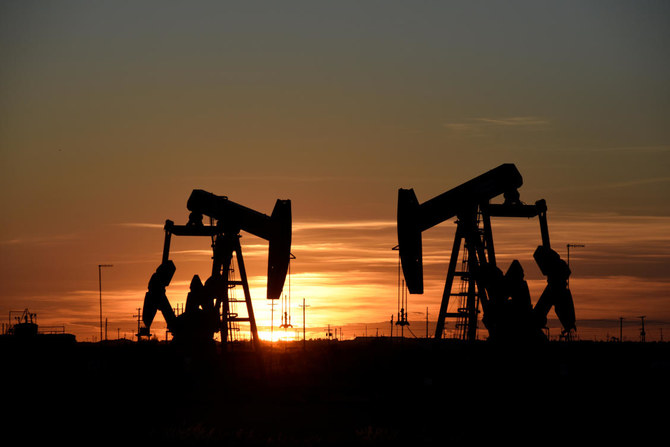 Oil prices rose about 1% on Thursday amid Middle East tensions and a big decline in U.S. crude stockpiles, but gains were capped due to lingering worries about slowing economic growth that could reduce fuel demand.

A week after Iran seized a British-flagged tanker in the Gulf, Britain’s Ministry of Defense said the Royal Navy had been tasked with accompanying UK-flagged ships through the Strait of Hormuz to defend freedom of navigation.

Saudi Arabia, the world’s top oil exporter, also urged global oil buyers to secure energy shipments passing along the Strait of Hormuz, through which about 20% of global supply is transported daily.

The kingdom also aims to raise the capacity of its east-west pipeline by 40% in two years so more of its oil exports can avoid passing through the Strait of Hormuz, the energy minister said on Thursday.

Prices were also supported by a fall in U.S. crude stocks by nearly 11 million barrels, well above analysts’ expectations for a drop of 4 million barrels. [EIA/S]

“The strong draw of nearly 11 million barrels mostly came from the Gulf of Mexico, which was dealing with the aftermath of Tropical Storm Barry. U.S. production saw its biggest drop since October 2017, but it is expected to rebound strongly next week,” said Edward Moya, senior market analyst at OANDA in New York.

“Further global economic data weakness may have limited effects on crude demand as the next round of easing from the ECB, along with the Fed’s shift to an easing cycle, will help to bolster the economy.”

Oil prices have been under pressure from concerns about global economic growth amid growing signs of harm from the U.S.-China trade war that has rumbled on over the last year.

US stocks fell on Thursday after a handful of mixed earnings reports pointed to a slowing global economy, and as the European Central Bank chief’s comments on monetary policy failed to impress investors.

However, hopes that the Federal Reserve would adopt a looser monetary policy at its rate-setting meeting next week to counter the impact of the U.S.-China trade war have helped Wall Street’s main indexes scale record levels this month.

In a sign of the growing supplies and weak demand signals, Brent LCOc1-LCOc2 briefly dipped into contango on Wednesday for the first time since March. Contango is a market structure in which prices for forward deliveries are higher than for prompt ones.

Lead negotiators for China and the United States will meet in Shanghai on Tuesday for two days in the next round of trade talks, China’s commerce ministry confirmed.

“Despite the bullish supply-side fundamentals and geopolitics that support oil prices, it seems that the market needs a positive economic catalyst to move appreciably higher,” said Harry Tchilinguirian, global oil strategist at BNP.

“If we get positive echoes next week from renewed U.S.-China trade talks, then oil can advance noticeably higher.”

A series of purchasing manager index (PMI) readings in the United States and Europe were weaker than expected.

The German PMI, tracking the manufacturing and services sectors, hit a seven-year low in July, suggesting a deteriorating growth outlook for Europe’s largest economy. The fall was driven by the auto sector.