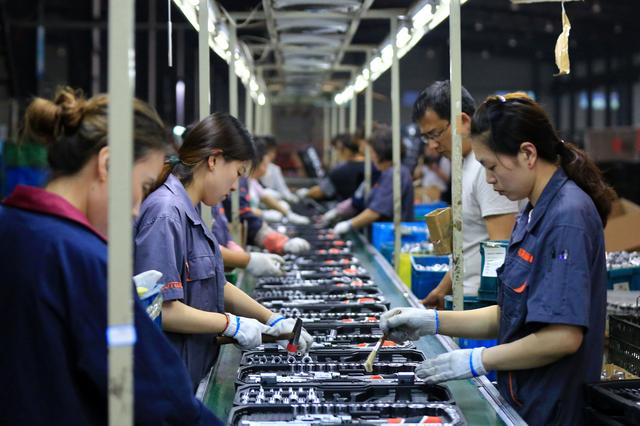 A global economic growth rut risks deepening, despite expectations that major central banks will cut rates or ease policy further, according to Reuters polls of over 500 economists who remain worried about the U.S.-China trade war.
Major sovereign bond yields have tumbled as recent economic data have mostly underscored those concerns on growth, which appears to be slowing across most industrialized and important developing economies.
But at the same time, stock markets have rallied on hopes of easier monetary policy, despite clear signs that trade conflict and geopolitical uncertainty are undercutting investment and activity.
Increasing pessimism is clear from the latest Reuters polls taken July 1-24, which show the growth outlook for nearly 90% of over 45 economies polled was either downgraded or left unchanged. That applied not just to this year but also 2020.
“As uncertainty around trade policy is unresolved, the impact on the growth outlook is becoming more pronounced. We project global growth to slow even further, and any sustained escalation from here raises recession risks,” said Chetan Ahya, global head of economics at Morgan Stanley.
“While we believe that the easing cycle will be back in full swing, the drag from elevated uncertainty should still weigh on the macro outlook,” he added.
With the broad shift away by the world’s two biggest economies from freer trade toward tariffs, over 70% of around 250 economists who answered an additional question said a deeper global economic downturn is more likely than previously expected.
While the remaining respondents still expect a global rebound from the current rut, economists were split nearly 50-50 on that question only three months ago.
ECB President Mario Draghi, worried about inflation stuck well below target, said on Thursday, “This outlook is getting worse and worse” and hinted strongly that more easing is coming.
Peter Dixon, economist at Commerzbank, said, “But it is questionable whether monetary easing will actually achieve much. We are running out of monetary options and perhaps governments need to think about their fiscal alternatives.”
START OF A NEW EASING CYCLE
Nearly two-thirds of economists predicted trade tensions between the United States and its trading partners would intensify this year, and over 80% of respondents say this is the start of a global easing cycle.
While global growth forecast to average 3.2% this year lines up with the International Monetary Fund’s latest projection, it marks the lowest since polling began two years ago for the period.
“Even without another acceleration of the trade war between the U.S. and China or the re-opening of another front in Europe or elsewhere, the global economy is already slowing down further,” said Stefan Koopman, senior market economist at Rabobank.
“This was highlighted in recent (purchasing managers’)surveys, which painted a pretty consistent picture, regardless of whether one looks at Asia, the U.S. or Europe. With growth likely to lose momentum further ... there is also more uncertainty about whether core inflation will ever pick up again.”
Indeed, the other most striking finding from Reuters polls this month was the inflation outlook, which most major central banks target to base their monetary policy framework.
Inflation across most countries is forecast to remain below central banks’ mandated targets, or in some cases not expected to rise significantly.
Most major central banks turned to a holding pattern earlier in the year from some form of tightening path expected beforehand. Now expectations have moved to a series of interest rate cuts and/or launch of other policy easing measures.
The chances have increased that the next policy move by the Bank of Japan is likely to be easing further.
While the Bank of Canada is predicted to diverge from the path of its peers, it is likely to follow the Fed at some point.
Central banks in most major emerging market economies from Asia to Africa and Latin America have also turned dovish. The Reserve Bank of India, which has already cut rates three times this year, is set to do so again next month.
“With softer growth, limited inflation pressures globally, and with advanced markets’ central banks...having signaled monetary easing ahead, emerging markets’ central banks are largely following the same script,” noted Sudeep Sarma, head of Asia-Pacific research at Barclays.