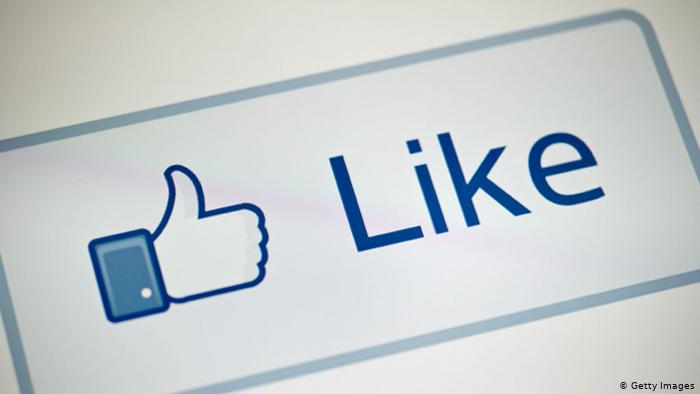 Websites using Facebook's "Like" button must warn users that the Silicon Valley giant will receive their data, the top EU court has ruled. Companies had not previously been held responsible for the Facebook extension.

On Monday, the European Court of Justice ruled that websites using Facebook's "Like” button must make visitors aware that the Silicon Valley behemoth will have access to their data.

In deciding the landmark case in data protection, the ECJ has, for the first time, made websites other than Facebook responsible for the Facebook extension. The ECJ ruled that users of websites featuring the button must be made aware that they will have their data transferred to the software giant regardless of whether they click to like the page.

Websites using the button must obtain prior consent from users for the "collection and transmission of the data," meaning that they will now be held jointly responsible for letting users know that Facebook has access to their data. Sites are not responsible for what Facebook later does with the data that it collects, the ECJ ruled.

Even users who do not have Facebook accounts transfer personal information, including their IP addresses, over to the social media organization.

The case is the next step in the life of the General Data Protection Regulation, which the European Union introduced in 2018 as a means to modernize data protection for the online world.

The case arrived in Luxembourg after the Germany consumer protection association Verbraucherzentrale took the clothing business Fashion ID to court for installing a Like button on its page. Verbraucherzentrale, which is based in the German state of North Rhine-Westphalia, had argued that Fashion ID did not obtain users' consent before sending the data to Facebook.

The association argued that "anyone looking online for travel destinations, concert tickets or the right outfit does not automatically assume that this activity is also being read by Facebook." A German court referred the case to the ECJ.