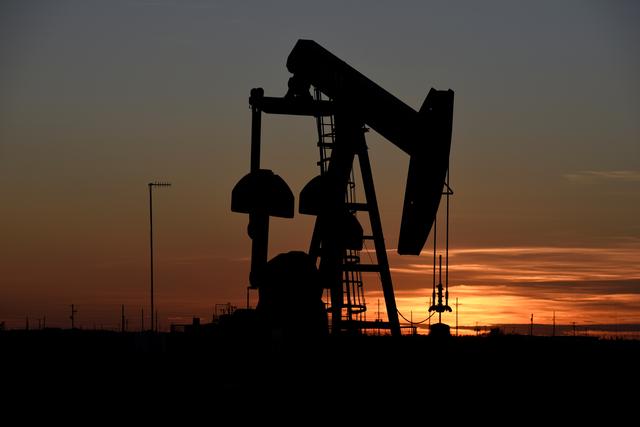 Oil rose further above $60 a barrel on Thursday, supported by a drop in US crude inventories and OPEC-led supply cuts, although worries about the global economy weighed.

Traders are awaiting a speech from Federal Reserve Chairman Jerome Powell on Friday in Jackson Hole, Wyoming that could indicate whether the central bank will continue to cut interest rates.

“Oil looks in limbo at the moment,” said Craig Erlam, analyst at OANDA. “It’s been steadily rising over the last couple of weeks but not in any convincing way.

“A risk rally at the end of the week may get it moving again but that hangs on Powell.”

The price of Brent is up by about 13 percent this year, supported by supply cuts led by the Organization of the Petroleum Exporting Countries, and export cuts affecting Iran and Venezuela which are under US sanctions.

Iran on Wednesday said if its oil exports are cut to zero, international waterways would not have the same security as before, cautioning Washington against raising pressure on Tehran.

But a slowdown in economic growth amid the US-China trade dispute and Brexit has been pressuring prices and forecasters such as the International Energy Agency have been lowering forecasts for world oil demand.

US President Donald Trump on Wednesday said he was “the chosen one” to address trade imbalances with China, even as congressional researchers warned his tariffs would reduce US economic output by 0.3% in 2020.

The Jackson Hole speech is important for oil as signals from the Fed on monetary easing affect the U.S. dollar. A weaker US currency tends to support oil prices, and the dollar eased on Thursday against a basket of currencies .DXY.

“The focus now is going to be on Jackson Hole, I think, to the end of the week,” said Olivier Jakob, oil analyst at Petromatrix.