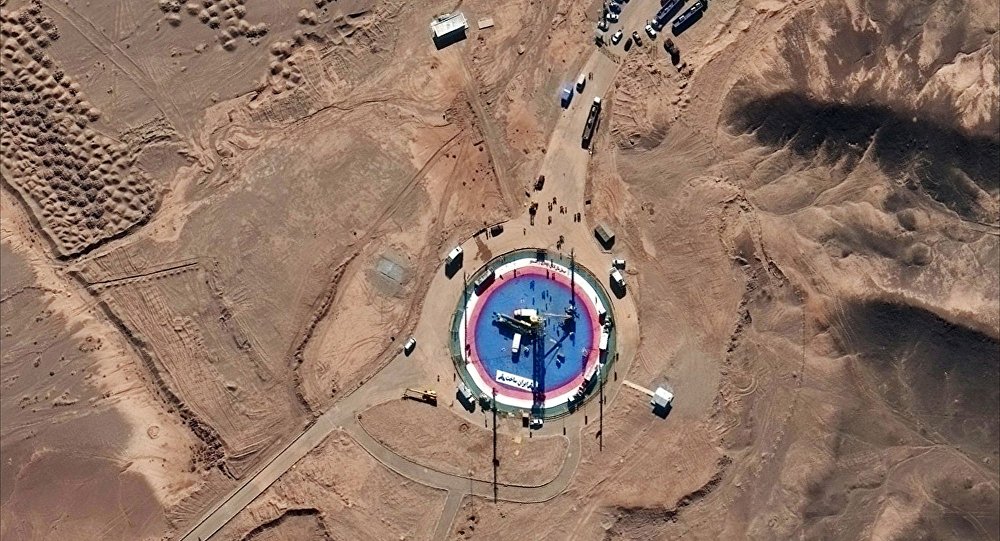 US President Trump tweeted on Friday,  an uncommonly high-resolution photo of an apparent explosion at Iran's space centre, raising questions over whether it was supposed to be shared.

Iran's Information and Communications Technology Minister, Mohammad Javad Azari Jahromi, has tweeted a selfie with the Nahid-1 satellite after Donald Trump appeared to tease Tehran with an image of its failed launch.

“Me & Nahid I right now, Good Morning Donald Trump!” Jahromi wrote Saturday alongside a picture in which he’s standing next to the solar-powered communication satellite, which is visibly undamaged.

Jahromi earlier said that the satellite Tehran planned to launch was safe in a laboratory.

Trump on Friday tweeted a highly-detailed aerial image that appeared to show the charred rocket launch pad and damaged vehicles at the Imam Khomeini Space Centre in Iran’s Semnan province, after an apparent rocket explosion at the site a day earlier.

“The United States of America was not involved in the catastrophic accident during final launch preparations,” Trump wrote, extending his “best wishes” to Tehran.

The tweet has raised concerns that POTUS could have disclosed sensitive military information, with some analysts suggesting the photo was taken by a highly-classified military satellite or a drone – which would mean that the US has either breached Iran’s airspace or has a drone so advanced it can fly well above national airspace.

But Trump insisted that he had the authority to post the image.

When asked Friday if he had released classified information by sharing the photo on Twitter, he replied: “We had a photo and I released it, which I have the absolute right to do. And we’ll see what happens.”

He declined to say where the photo came from, however, telling reporters outside the White House, “You'll have to figure that one out yourself.”

Anonymous Iranian officials told Reuters that the rocket had exploded due to “technical issues”, but there has been no official statement from Iran's government so far.

If confirmed, it would become Iran's third unsuccessful attempt to send a satellite into orbit, after failed launches in January and February.

The United States has warned Iran against rocket launches, claiming that the country’s space programme is a mere cover for military-grade missile development.