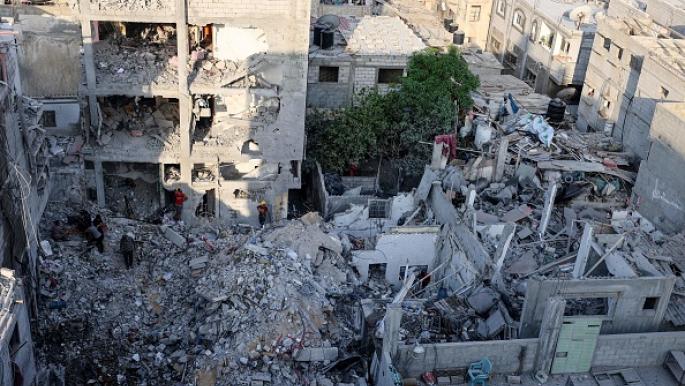 Aden - Sana'a (Debriefer) The Yemeni UN-recognized government and the Houthi group on Saturday deplored the Israeli aggression on Gaza Strip, and called for international action to support Palestinians.
The Yemeni "foreign ministry condemns, with the strongest words, the Israeli aggression on Gaza Strip that left many martyrs and wounded," the ministry said in a statement carried by the Aden-based Saba.
The statement called on the international community to take "strict stance preventing these crimes against the Palestinian people, in violation of all the international human laws, resolutions and conventions."
The ministry reiterated the Yemeni government's constant stance in support of the Palestinian people, their fair cause and legitimate right to a sovereign state with Quds its capital according to the Arab initiative.
Sana'a authorities also attacked the Zionist aggression on Gaza Strip, that left tens of civilians killed or injured.
The Houthi group reiterates its "constant position and full solidarity with the Palestinians and all their options to resist the Zionist enemy and to restore their Palestinian state on their lands, with Holy Quds capital.
"This wrong, coward aggression targeting the innocents, and other forms of tyranny against Palestinians, would not occur in this blatant manner unless Arab (normalizing) regimes failed the Palestinian fair cause.. and, yet, provided the Zionist aggressor with material and morale support," the Houthi authorities added in a statement.