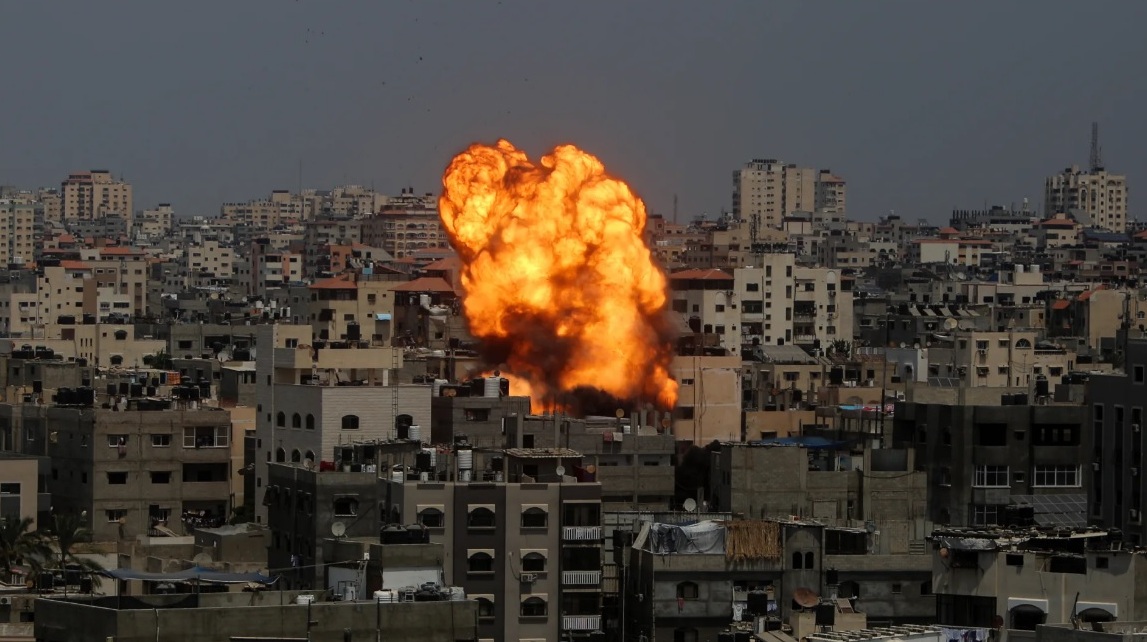 Gaza (Debriefer) Toll of the Israeli occupation's continual raids on Gaza Strip has increased to 29 martyrs and 253 casualties, the Palestinian health ministry said on Sunday.
Among the martyrs are six children and four women, the ministry added in a statement.
Saraya al-Quds, the military wing of Palestine's Islamic Jihad Movement, on Sunday dawn declared the martyrdom of Khaled Mansour, a member of its military council and commander of southern region, in an Israeli airstrike on Rafah, south the Strip.
On Saturday, the Israeli army said its force assassinated Mansour in an attack on Rafah, it prepared for a week of raids targeting the Islamic Jihad Movement in Gaza, and that 15 fighters were killed.
Islamic Jihad and Saraya al-Quds announced the deaths of Mansour, his mate Ziad al-Modalal (son of Ahmed al-Modalal, a political leader) and Rafat Saleh Sheikh.
"Martyrs blood won't go in vain, and mujahidin won't let these bloods dry before destroying – with their rockets – enemy's settlements, making the enemy taste their strength and bitterly regret for its terrorist and killing of innocent," the movement said.