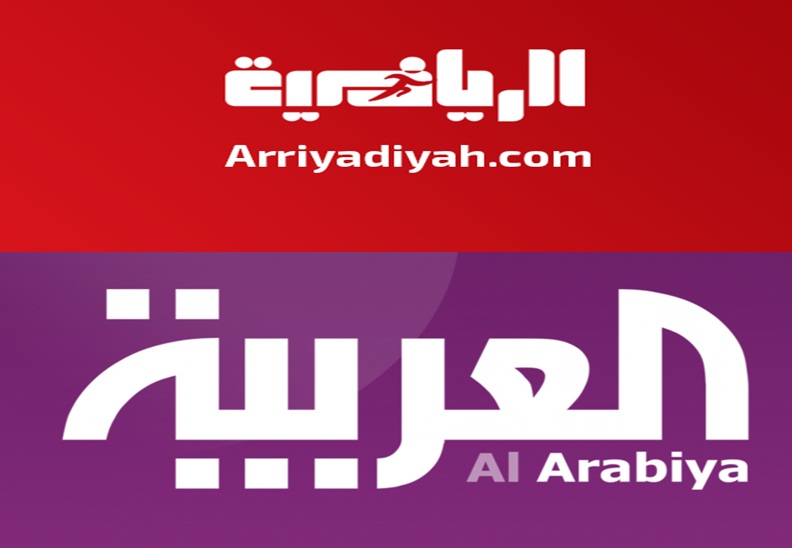 After roughly five years, Saudi Arabiaon Saturday implicitly admitted mistaken in its war in Yemen against Houthi group that overthrew Sana'a and other Yemeni cities this month in 2014.

The Saudi 'al-Ryiadiah' paper, close to Prince Mohamed Bin Salman, republished on its website remarks by the British Boxer Anthony Joshua at an interview with'The Guardian', which said the KSA struggles to enhance its reputation through sports.

"A defiant Joshua has attempted to slip condemnations about staging his WBA, IBF and WBO heavyweight rematch against Andy Ruiz Jr in Saudi Arabia by insisting he is not a superhero who can solve the world's problems by himself," The Guardian.

The heavyweight champion feels convenient to go to Saudi Arabia, the Saudi paper said, despite all criticisms following his decision to take part in a historic boxing contest.

Another Saudi leading media outlet, Al-Arabia TV repeated the Guardian words that the kingdom tries to polish up its image through sports.

Saudi Arabia has been leading a military coalition in Yemen since 26 March 2015, in support of forces loyal to President Hadi to retake areas controlled by Houthigroup seen as proxy for Iran in the Arab Peninsula country. 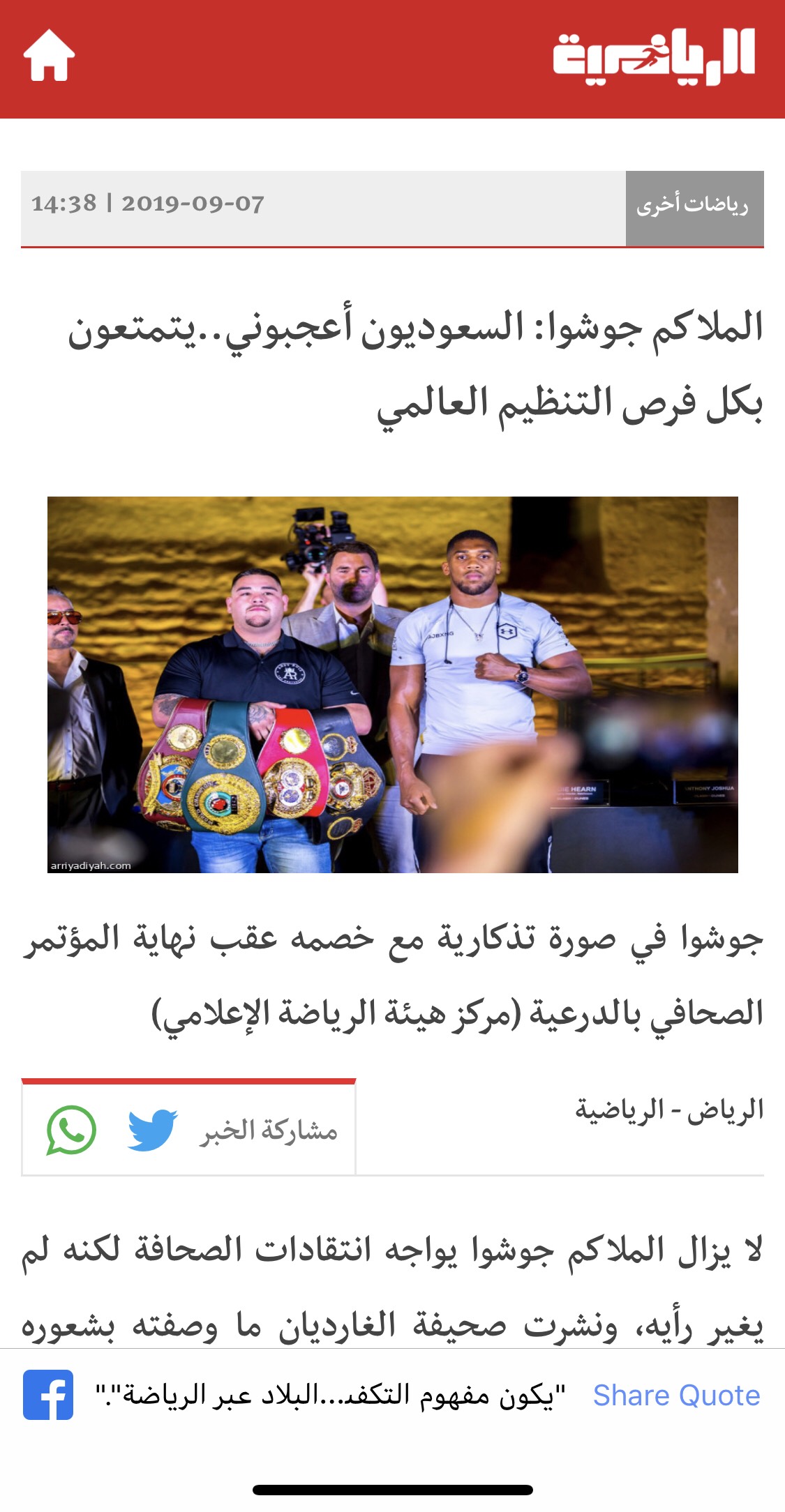 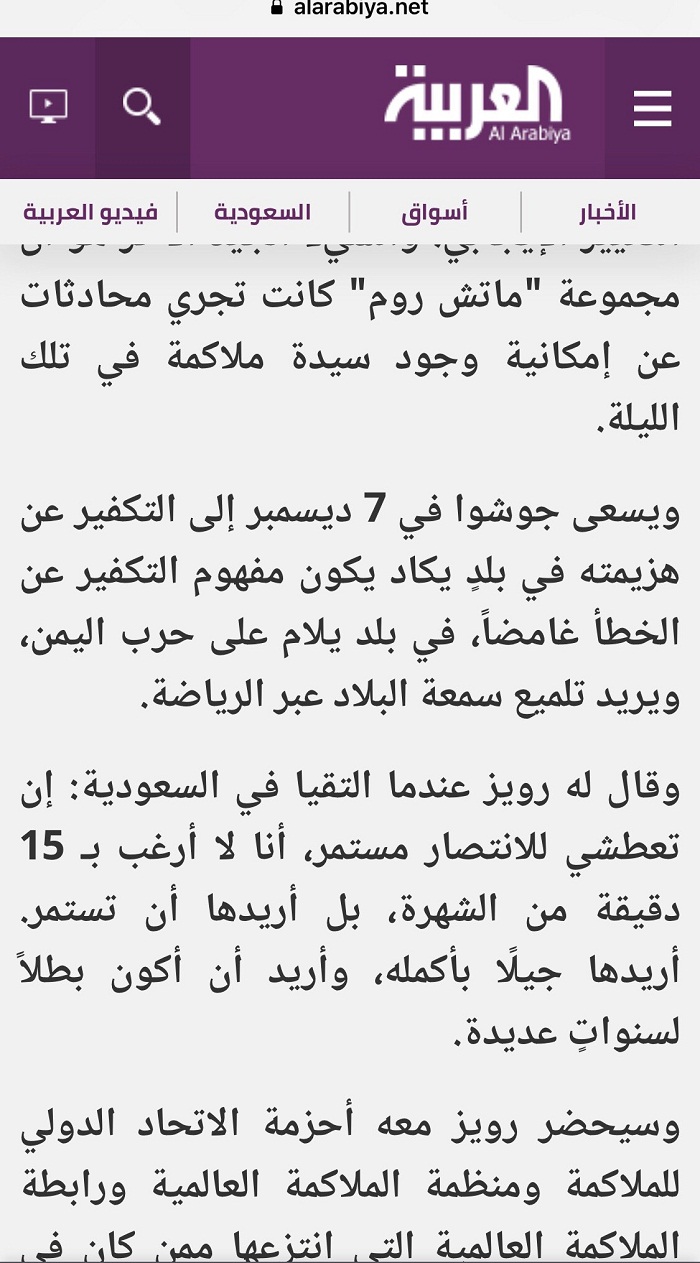 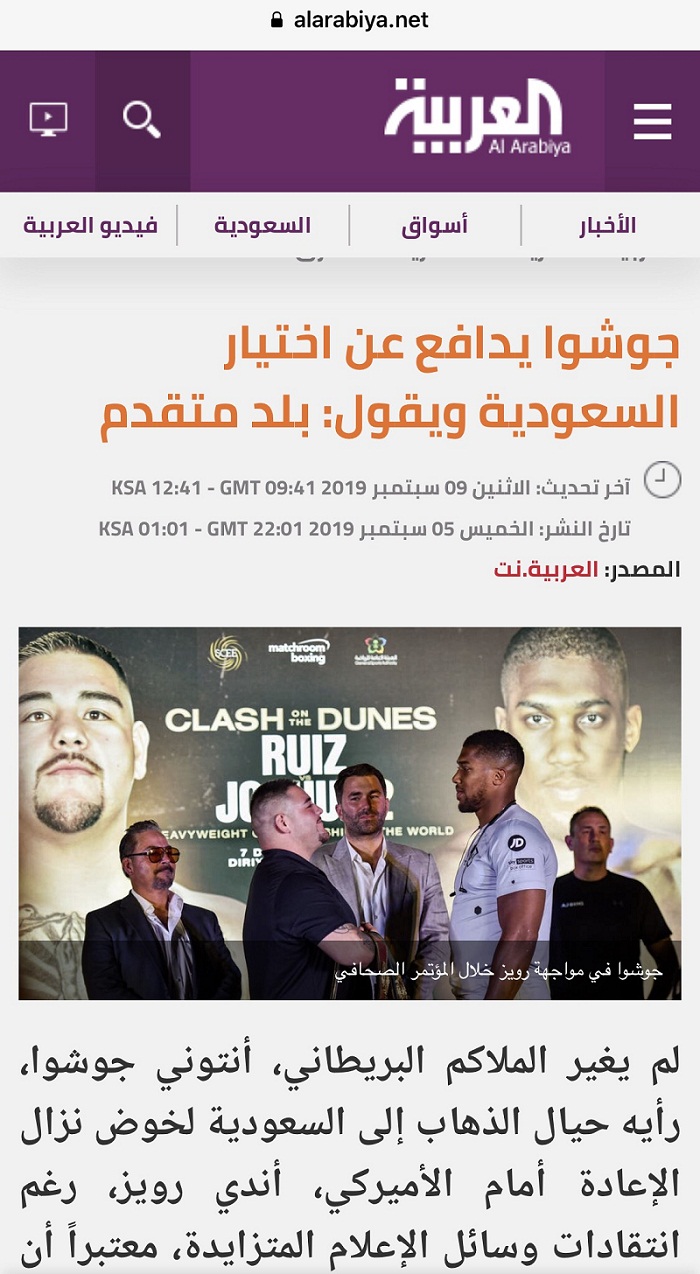