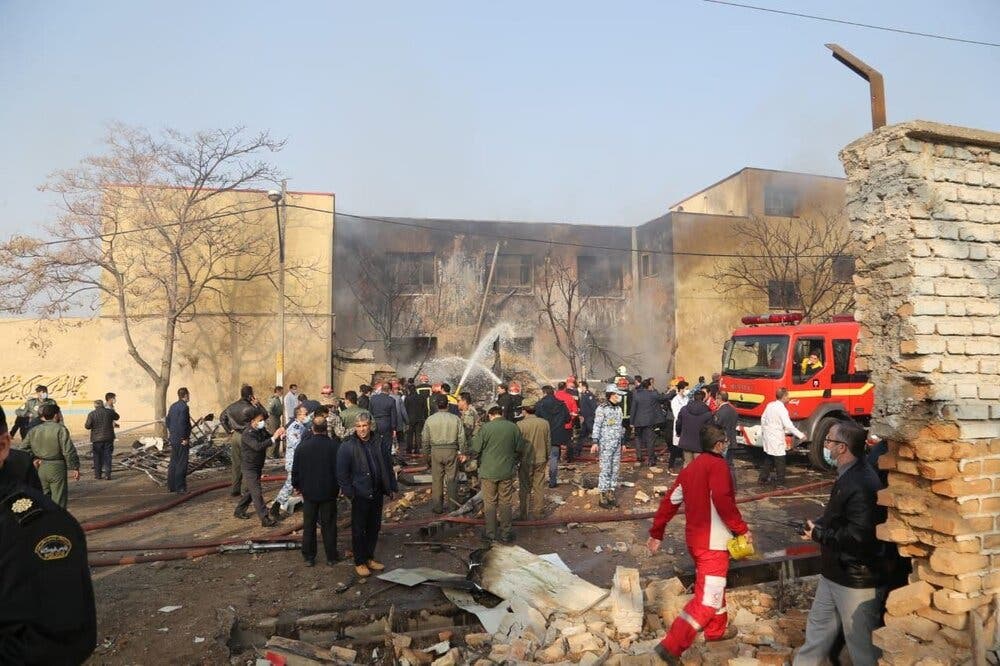 Tehran (Debriefer) Three people have been killed when a fighter jet fell in the vicinity of a play yard and a school in the Iranian northwestern city of Tabriz, Iran's air force said on Monday.
The warplane crashed outside a school that was closed at time, leaving two members of its crew and a civilian, who was inside his parked car, killed, the Iranian official channel quoted the director of Tabriz Red Crescent as saying.
The Iranian authorities said they began an investigation into the incident circumstances and causes.
An F-5 fighter jet used for training went down on Monday morning in Manjam neighborhood downtown Tabriz, director of crisis management corporation in Eastern Azerbaijan said.
The school was closed when the plane fell, because of Covid-19 pandemic, Mohamed Baqir Hanror added.
Social media users circulated brief footages showing a set of firefighters while extinguishing the flames stemmed from the plane in the scene.
The videotapes showed smokes, a building behind the fence with black-painted walls, and twisted iron on the ground, although the fire was fully quenched.